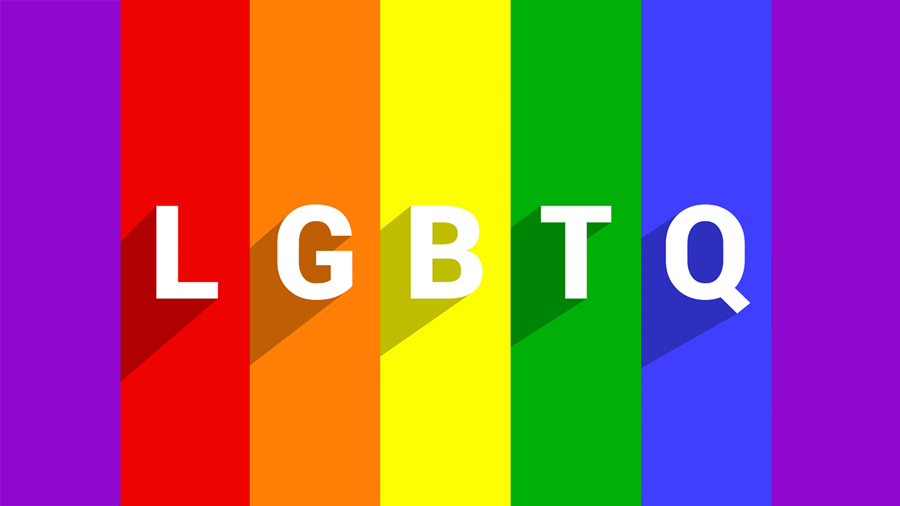 A Brief History of the LGBTQ Communities

LGBTQ history dates back to the first recorded instances of same-sex love and sexuality of ancient civilizations, involving the history of lesbian, gay, bisexual, transgender and Queer (LGBTQ) peoples and cultures around the world.

How did the LGBTQ communities come to be known as such?

Prior to the late-nineteenth century, the concept of having a distinct sexual identity did not exist, though people in the past lived lives similar to our modern understanding of what it means to be LGBTQ. Gay identity, as both a personal and political category, did not fully emerge until the mid-twentieth century. Historical terminology used to describe sexuality and gender often lacked the specificity that exists today.

The British sexologist Havelock Ellis, for example, referred to both people who we would today identify as gay or transgender as “sexual inverts,” which he defined as persons who exhibit same-gender attraction and a gender presentation socially contrary to the sex one was assigned at birth. The German scholar and human rights activist Karl Ulrichs similarly used the term “Urning,” which he described as a third gender existing between men and women, to refer to persons whom today we might describe as gay, trans, or genderqueer. Male Turnings, in Ulrichs’ formulation, were “male-bodied” people with the souls of women, and female Urnings were “female-bodied” people with the souls of men.

The term “homosexual,” coined in 1869 by the Hungarian doctor Karoly Maria Benkert, who wrote under the pseudonym K.M. Kertbeny, was not in popular usage till the early twentieth century. Mid-twentieth-century homosexual activists preferred the term “Philemon” over homosexual, seeing it as a more neutral and acceptable option because it removed the word “sexual” while positively affirming same-gender attraction.

“Gay” emerged as an underground term in the early-twentieth century and came into popular usage in the 1960s. The term was preferred by the Stonewall generation, who, contrary to their predecessors, were less likely to see being gay as shameful or a mental defect. Post-Stonewall activists sought to articulate a more radical position removed from the image of respectability Philemon organizations sought to cultivate. Though today “gay” typically refers to men who are attracted to men, it was historically used as a broad term that encompassed the entirety of the modern LGBTQ initialism. For example, in the 1970s, activists Sylvia Rivera and Marsha P. Johnson often spoke of “gay rights” or “gay power” in reference to their liberation as street queens of color (who today we would refer to as transgender). The pair founded the organization STAR (Street Transvestite Action Revolutionaries) as a way to organize homeless trans street youth. “STAR was for the street gay people, the street homeless people, and anybody that needed help at that time,” Rivera said.

The term “lesbian”comes from the Greek island of Lesbos, associated with the poet Sappho, whose surviving writing lyrically describes erotic love and attraction between women. Despite the use of “gay” as an umbrella term for gender and sexual minorities, the advent of the mid-to-late twentieth-century Women’s Movement (also referred to as the second wave of the U.S. feminist movement) gave gay women the consciousness to articulate how their experiences differed from both heterosexual women, who comprised the majority of the Women’s Movement, and gay men. The articulation of a distinct lesbian identity was often necessitated by exclusions gay women faced in feminist and gay organizations. Betty Friedan, the first president of the National Organization for Women (NOW), infamously referred to lesbians as “the Lavender Menace,” suggesting their presence would hinder the goals of the organization by furthering the assumption that all feminists were man-hating lesbians. Lesbians, likewise, often experienced overt sexism in post-Stonewall gay organizations such as the Gay Liberation Front and the Gay Activists Alliance.

Yet, until the 1990s, “gay” was often used as a shorthand to refer to the entire spectrum of sexual and gender minorities. This usage shifted with the rise of bisexual, transgender, and queer movements, giving birth to the four-letter LGBT initialism, which was seen as more inclusive than broadly referring to the community simply as “gay.” These ’90s movements, while in many ways distinct, were connected by the common theme of questioning and critiquing identity binaries such as gay/straight, man/woman, masculine/feminine, and gender and sexuality norms more broadly. They also articulated a sense of identity that was complex, fluid, and changing.

The term “transgender” was forwarded and popularized by activists such as Kate Bornstein, Holly Boswell, Leslie Feinberg, and Riki Wilchins, to create a coalition of persons who who did not fit neatly into gender binaries, or who defied gender norms and expectations, particularly following the 1993 assault and murder of trans man Brandon Teena in Humboldt, Nebraska. “Transgender” was also adopted by persons who did not identify with the earlier label “transsexual,” due to its association with medical transition across the gender binary.

The letter “Q” was sometimes added to the initialism, alternatively referring to “queer,” or to include those who were “questioning” their sexual orientation or gender identity. The term “queer” can alternately refer to a reclaimed identity (literally meaning “odd” or “quaint,” the word historically became a derogatory term for gays), an identity that expresses a more radical, militant, or confrontational approach to identity politics, or an umbrella term that encompass anyone or anything outside of gender and sexuality norms. Though it may be efficient to refer to the LGBTQ community as “the queer community,” the word “queer,” for some, is polarizing and remains offensive or derogatory. Based on one’s age, place of becoming, or experience with homophobia, “queer” can provoke feelings of trauma and exclusion.

Since the 1990s, different versions of the initialism have proliferated as increasingly nuanced ways to understand and define people’s lived experience of gender and sexuality are articulated. One expanded version of the initialism in use is LGBTQ, which stands for: lesbian, gay, bisexual, transgender, queer, questioning, intersex, pan sexual, two spirit, asexual, and ally. While this version is certainly inclusive of the myriad ways people understand gender and sexual identity, it is not necessarily efficient. It is difficult to remember, let alone say, and will invariably result in giving those not familiar with the community a terminology lesson. While inclusive, are expanded versions of the initialism actually less effective in creating increased acceptance and awareness because they are too complicated and unwieldy?

There is not now, nor has there ever been, a consensus on approaches to activism within the LGBTQ communityies, including the politics of language. LGBTQ people are as diverse and varied as any other group. What unites us is a shared experience of being gender and sexual minorities, though the particularities of that experience differ from person to person. The point is not to position some versions of the initialism as “wrong” and others as “right.” Rather, it is to encourage critical thinking around language as a vehicle of social change, and to recognize that people do not have to agree on all things to work communally.

Language ideally brings us together, not divides us. We should not exclude others for using terminology we may not agree with or prefer, or for taking a different approach. We should, however, think critically about the words we use and if they are actually serving their intended purpose, or creating additional problems.

Issues of language are not silly or incidental. The act of naming or labeling oneself can serve as a powerful and validating experience. Language gives visibility and can help to shift social perspectives on historically stigmatized groups. Language does not merely describe our reality, but can actively create it for the better. And language can both enhance and impede social justice efforts. Because the LGBTQ communities is oppressed, LGBTQ people will experience oppression no matter what we call ourselves. Language alone cannot remedy social inequality. First and foremost, we should focus on ending oppression in all its myriad forms.

The LGBTQ initialism is not just a random collection of letters that represent identities; rather, these letters are history embodied. They tell the story of the modern LGBTQ Rights Movement, reminding us that our victories have been a long time coming, and have not been easily won. The Trump era shows there is much work to do, and LGBTQ Americans still do not possess full federal equality.

As we roll up our sleeves and prepare for the battles ahead, we should not throw away or discount our history, for history can better inform our actions in the present. We should never be complacent about the fact others struggled, fought, and died so we could have the right to exist. If we do away with the letters that comprise the initialism, then we do away with our collective story – LGBTQ history — as well. As writer and activist James Baldwin reminds us:

“History is not the past, it is the present. We carry our history with us.”