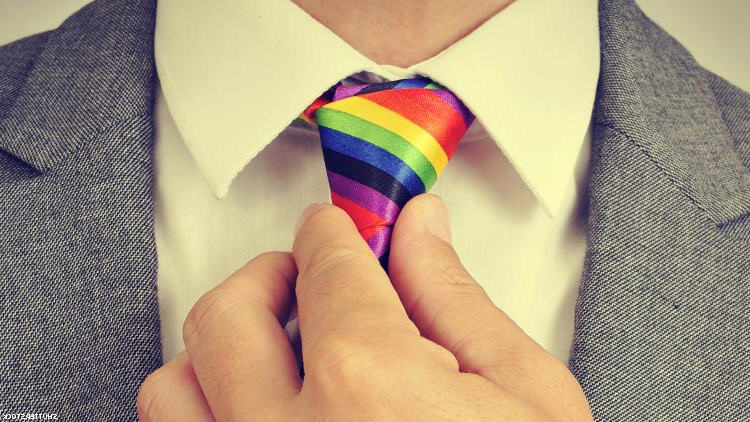 Companies that stand for LGBT People

June is celebrated as the Pride Month throughout the country with parades, parties and rainbows. Pride Month reflects the fight for LGBTQ equality. LGBTQ equality has been a big task. Many organization, corporations and business leaders across the countries have stood and spoken out in support of fairness and equality for LGBT people. Stephen Peters, a spokesperson for the Human Rights Campaign said “Business leaders have also made it abundantly clear that legislation that attacks the LGBTQ community undermines their core values and set dangerous precedents that stifle investment and economic growth. You can see that clearly in the North Carolina, where over 200 major CEO’s and business leaders are calling on Governor McCrory and the North Carolina General Assembly to repeal the nation’s most extreme anti LGBT bill passed into law, HB2.”

A list of companies that steadfast supporters of the LGBTQ Community.

Levis has been known for the long history of supporting equal rights. It partnered with White Knot for Equality in 2009 and in 2010 featured white ribbons on its iconic blue jeans to support same-sex marriage. In 2014 Levi’s released a pride-themed line in support for the LGBT Community.  The profits went to various pride organizations.

The company has also supported LGBTQ Community. In 2012, Google launched its Legalize Love Campaign in support of LGBT rights around the world. Google made its workplace more inclusive for veterans, women and multiple nationalities. Google’s Gayglers group is made up of LGBT ‘Googlers’ and their allies.  On many occasions it Changes its iconic search bar to rainbow colors.  It stood in protest of Russia’s anti-gay legislation during the 2014 Sochi Olympic Winter Games.

Starbucks had it very clear that it supports LGBTQ equality. For the company it is more important to support the LGBTQ community than profits. In 2013 a shareholder questioned CEO Howard Schultz who was concerned about lost business due to Starbucks’s support for gay marriage. In response Schultz said “Feel free to share your shares. Not every decision is an economic decision. The lens in which we are making that decision is through the lens of our people. We employ over 2000000 people in this company, and we want to embrace diversity of all kinds”

Instagram posted a picture and wrote in support for the LGBT People. Instagram posted “Today, the Supreme Court of the United States handed down a landmark decision invalidating the Defense of Marriage Act, a law barring the federal government from recognizing same sex marriage.”

In 2008 Apple donated $100,000 to defeat California’s Proposition 8. When Proposition 8 and DOMA were defeated in Supreme Court, the company said “Apple strongly supports marriage equality and we consider it a civil rights issue.

We applaud the Supreme Court for its decision today.”

The company’s openly gay CEO, Tim Cook, is an outspoken advocate for the LGBTQ community.  Apple supported the Equality Act of 2015 by saying a statement “At Apple we believe in equal treatment for everyone, regardless of where they come from, what they look like, how they worship or who they love”