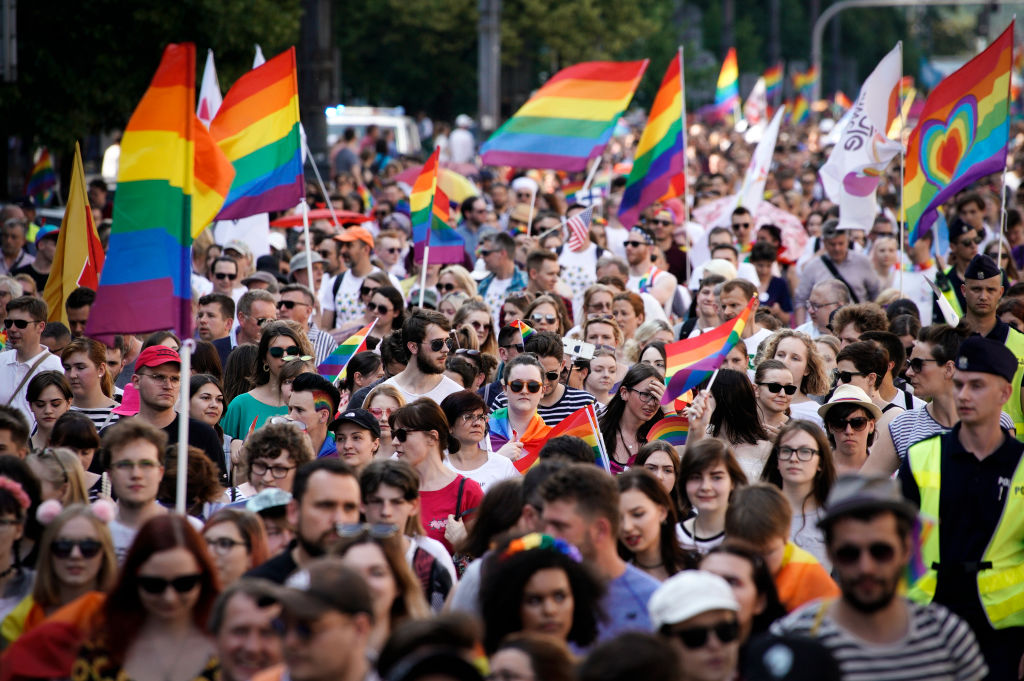 In the absence of a state law protecting LGBTQ people from discrimination, some cities in Georgia are taking matters into their own hands.

DUNWOODY, GA.— RACHAEL Kates had never attended a City Council meeting where she lives in Dunwoody. But she knew she had to go when she heard what the metro Atlanta city of just under 50,000 people was considering: a nondiscrimination ordinance that prohibits privately owned businesses from discriminating against different groups, including LGBTQ people.

“People don’t always understand why something is important until they have a face for it,” says Kates, who is pansexual and gender fluid.

During that meeting in June, Dunwoody passed its nondiscrimination ordinance, becoming the latest city in Georgia to pass a law banning local businesses from discriminating against customers and employees based on their sexual orientation and gender identity, as well as race, color, religion, national origin, ancestry, sex, age, disability, marital status, familial status or veteran/military status.

While federal law prohibits discrimination in places of public accommodation – places that offer goods and services to the general public – on the basis of race, color, religion, national origin and disability, there are no federal laws explicitly protecting LGBTQ people from discrimination. In May, the U.S. House of Representatives passed the Equality Act, which would protect from LGBTQ discrimination in housing, employment, public accommodations and other areas. The Senate, however, is unlikely to pass the bill.

Georgia is one of three states, along with Alabama and Mississippi, with no civil rights bill, which typically offers protection from discrimination for those not already covered by federal law.

For almost two decades, Atlanta was the only city in Georgia to have a nondiscrimination ordinance protecting LGBTQ people from discrimination. Then Doraville, a city of just over 10,000, passed its own in November 2018, which addresses discrimination on the basis of identifiers such as race, gender identity and disability. That has inspired three other cities – so far, all in metro Atlanta – to do the same. More cities in Georgia are also considering a law of their own.

Doraville City Council member Stephe Koontz, Georgia’s only elected official who is openly transgender, led the charge for that city’s nondiscrimination law after she saw a 2018 news story on a metro Atlanta landscaping company that cited religious beliefs to refuse service to a gay couple.

“It was clear to me that in Georgia, you can openly discriminate against people and there’s nothing anyone could do about it,” Koontz says. “That’s just not right.”

Discrimination toward LGBTQ people in Georgia made news as recently as earlier this summer, when the Rural America Pride Committee tried to reserve motel rooms for its August festival to promote LGBTQ acceptance in Clayton, a city in the Blue Ridge Mountains. A motel manager initially blocked off the requested rooms and provided a discount, but later in June, the same manager left a voicemail with the committee’s founder.

“After looking further into what your group stands for, we are rescinding our offer of a reduced room rate, and do not want to sponsor or offer support in any way,” the voicemail said, according to Atlanta news station 11Alive. The manager later cancelled the reservation.

Koontz wanted to change Doraville’s discrimination laws not only for the LGBTQ community, but also to protect the city’s diverse population, which includes large Hispanic and Asian communities. “We needed some sort of discrimination protections for the people that live here.”

Dunwoody began looking into a nondiscrimination law because of a tweet from a resident encouraging the city to pass an ordinance, after neighboring city Brookhaven began considering one.

“I said, ‘You know what? We should look into this,'” said City Council member Pam Tallmadge.

In addition to adressing discrimination, the Dunwoody law requires the police department to receive training on hate crimes. (Georgia is one of four states without a hate crime law.)

“There’s been a lot of debates in places like Georgia and Florida and Ohio where there’s state support for nondiscrimination but politically (they) haven’t been able to get it done,” Durso says. “Meanwhile, local cities and towns and counties have been passing inclusive nondiscrimination protections.”