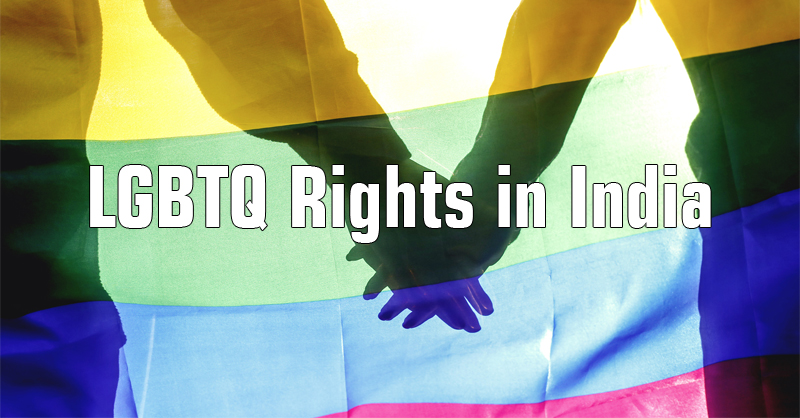 In 1861, under the British rule in India, a law was passed that criminalized all sexual activity ‘against the law of nature’ and made same-sex relationships a crime. It came to be famously known as Section 377. Since then the LGBT communities in India have been known to face social and of course legal discrimination. Historians often cite that the pre-colonial India did not criminalize same-sex relationships and neither did it consider it immoral. In fact, there is evidence of homosexuality in some ancient art and texts.

In 2001, an NGO had petitioned against the Section 377 and it was rejected. In 2009, the Delhi High Court decriminalized same-sex relations between two consenting adults. In 2013, the Supreme Court reversed the High Court ruling and put the onus on the Government of India to decide the course of the law.

However, the year 2014 brought in a ray of hope when the Supreme Court directed the government to identify ‘Transgender’ as the third gender,include them in the OBC quota, and accord them equal rights.

After many twists and turns in the tale, the Supreme Court of India (its highest court of law) pronounced Section 377 as a gross violation of human rights and decriminalized it in September 2018. The Chief Justice of India (CJI) said that “Denial of self-expression is like death and sexual orientation is natural”.  He further said that social exclusion is still a stark reality and we need to be liberated from the shackles in order for us to be called a liberated society. The LGBT India community also possesses the same rights as every one else and jurisprudence rests on the edifice of equality. Section 377 was quoted as a severe violation of many articles in the Indian Constitution that bestow equal rights on all its citizens.

The judgement is deemed as a major victory for human rights of the LGBTQ communities in India. But we still have miles to go. The social milieu and the popular mindset needs to change.  The Indian civil society has to become more mindful and accepting of the LGBT communities in India. The judgment is the first step towards building a more inclusive Indian society.