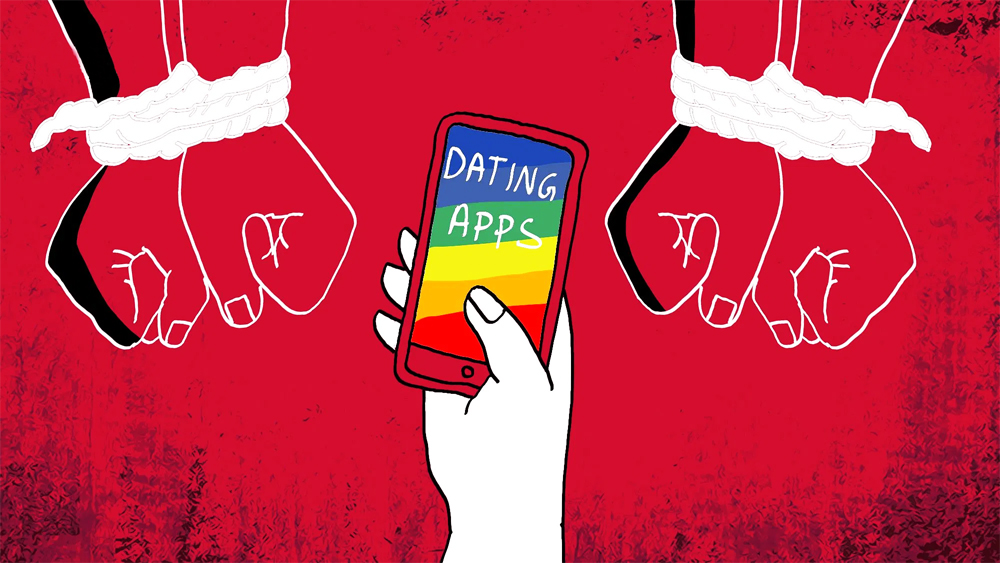 NOIDA: Police claimed to have busted a gang that allegedly honey trapped at least 10 people, including senior corporate executives, after luring them on a gay dating app. Five gang members were arrested after a brief exchange of fire early on Monday morning. Diamond and gold jewelry worth Rs 30 lakh have been recovered from their possession.

Using fake IDs on the app, the accused looted the victims after calling them at desolate locations or visiting their homes on the pretext of providing home services in the past six months, police said. Most of the victims had refrained from approaching the cops for fear of social stigma.

The accused — identified as Ajay Sharma, Rahul Saini, Ajay’s brother Rajkumar, Manish and Kapil Sharma — were nabbed by a police team on the service road between Gadhi Chaukhandi and NH-24 after a gunfight in which Kapil and Rahul sustained bullet wounds to their legs. Ajay, the gang leader, worked in a spa in Noida’s Sector 18.

Apart from the jewelleries, two cars — a Brezza and Honda City (stolen from Delhi) — 24 luxury watches, two country-made pistols and more than Rs 1 lakh were recovered from them, the police said.
DCP (central Noida) Harish Chander said that while the accused have admitted to have looted as many as 10 app users in this manner, the police have identified two of their targets who lodged complaints at Sector 20 and Phase III police stations.

In fact, in the second case, the victim had alleged that early on February 28, he was returning towards his home in Greater Noida (west) from his workplace and when he reached near Cleo County in Sector 121, two of the accused stopped their bike and took him to Sector 70.

The IT professional was robbed of his ATM cards and wallet. Later, the accused withdrew Rs 1.45 lakh from his bank accounts before dumping him near the Golf Course. “However, it was later found that the accused, Ajay, had called the victim to the spot after contacting him through the dating app. The victim had been using the app and the accused also had IDs on the app,” the officer said.

“The accused have been active in crime using this modus operandi for the past five-six months and have admitted to visiting the homes of the targets where they would loot them,” Chander said.

Police confirmed that at least two of the accused have a criminal history. “Ajay and Raj Sharma have cases lodged against them in Gujarat but the nature of the crime is being verified,” additional DCP Ankur Aggarwal said.

Meanwhile, Noida police have cautioned gay dating app users against such gangs. “We are doing detailed analysis of the app to know who are the targets. We urge people to be careful while using the app and beware of whom they are interacting with,” he said.

In September last year, a Greater Noida resident was robbed by two men he had given a lift to. The main accused in the case had met the father of two on the same gay dating app. The victim, a private company executive, lost his job and is not being able to find another because filing the police complaint ended up outing him.

Last month, Gurgaon cops busted a gang that honey trapped people after luring them on the same app. It allegedly targeted at least 50 senior officials with multinational and home grown firms. Five people were arrested.