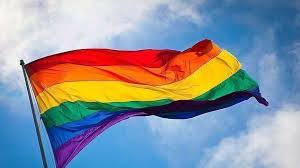 THE WORLD HEALTH Organization removed gender nonconformity from its list of mental disorders in its global manual of diagnoses.

The organization’s latest version of its International Classification of Diseases, known as ICD-11, no longer calls gender nonconformity a “gender identity disorder” as it was in the last version. It reclassifies it as “gender incongruence” and moves it from mental and behavioral disorders to a section on sexual health.

Health providers around the world use two sets of guidelines to diagnose patients with medical conditions, the ICD and the Diagnostic and Statistical Manual, published by the American Psychiatric Association.

In 2012, the APA renamed “gender identity disorder” in the DSM to “gender dysphoria,” providing a similar definition to what is now in the ICD.

Dr. Jack Drescher, a member of the ICD working group, wrote while the ICD-11 was being compiled that “there is substantial evidence that the stigma associated with the intersection of transgender status and mental disorders contributes to precarious legal status, human rights violations and barriers to appropriate health care for this population.”

Additionally, the HRC said that the “process for legal recognition of gender identity should be separate from any medical interventions.”

Reid said that part of the discrimination the transgender community faces stems from medical systems that have categorized gender nonconformity as a mental disorder.

“Transgender people are fighting stigma and discrimination that can be traced in part to medical systems that have historically diagnosed expressions of gender non-conformity as a mental pathology,” Reid said. “But it’s the stigma, discrimination and bullying – and not anything inherent in gender nonconformity – that can inflict mental health problems in transgender people.”