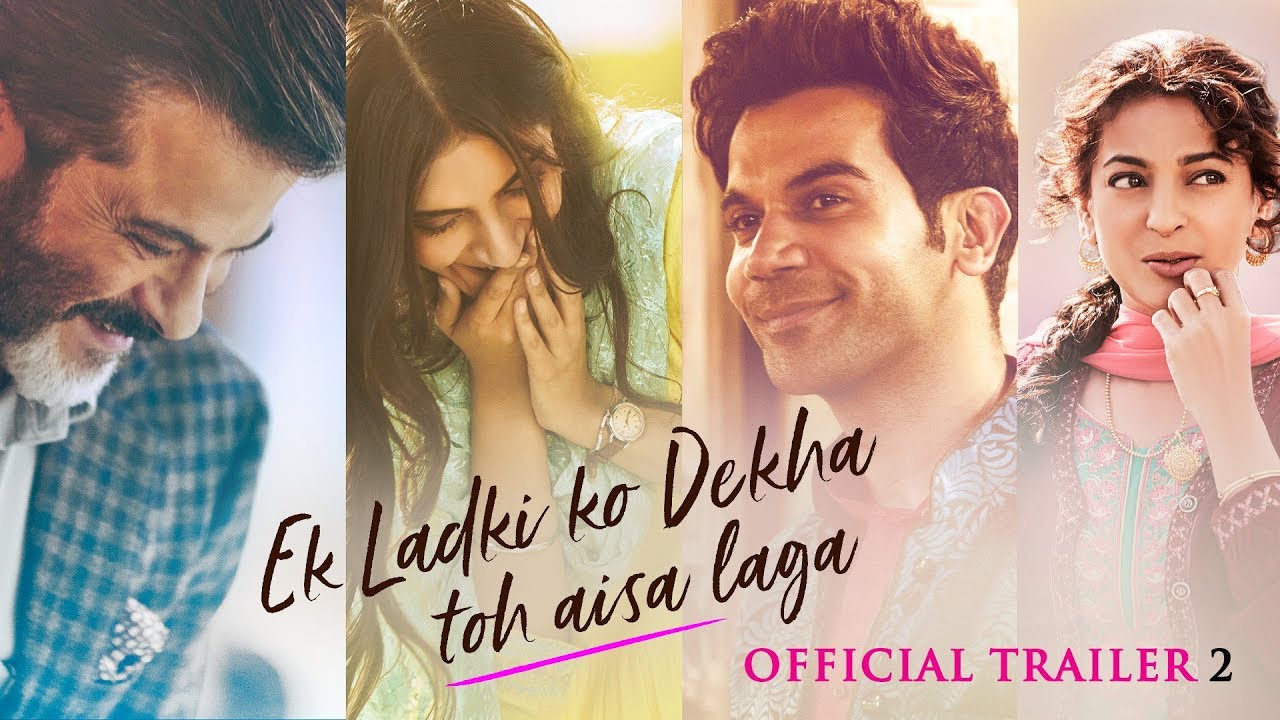 MUMBAI, INDIA – TWO decades ago a film called “Fire,” about two neglected wives who fall in love with each other, set movie theaters in India ablaze.

Indian cinema’s first frank depiction of homosexual love was met with violent protests by right-wing groups who claimed the film was “against Indian culture.” Cinema halls in Mumbai and New Delhi were vandalized, the director received death threats, and the courts had to intervene to keep the film running.

The casual response to “Ek Ladki Ko Dekha To Aisa Laga” (‘What I Felt When I Saw a Girl’) is partly due to the absence of sex in the film. But it also reflects the increasing visibility of, and even tolerance toward, gay people in India’s big cities.

“‘Fire’ allowed us to begin the conversation, and from then to now there has been a long journey,” says Chayanika Shah, a veteran activist in Mumbai’s lesbian, gay, bisexual and transgender (LGBT) movement. “The law has changed. There are films, and there’s the internet, which has allowed young people to access information and other people like themselves.”

Shah and others say gay pride marches today see greater numbers in Mumbai and New Delhi, including a smattering of parents.

Visibility has certainly increased since the Supreme Court, in a landmark judgment in September, struck down a colonial-era law that criminalized gay sex, according to LGBT activist Sonal Giani. “Suddenly we’re seeing more mainstream presence,” she says, adding, “I certainly didn’t expect a movie like this so soon.”

A small poll released last September by the World Values Survey found that percentage of Indian respondents who believed “homosexuality is never justifiable” fell from 89 percent in 1990 to 24 percent in 2014.

Those shifts are reflected in the very making of the film. “Fire” was directed by a Canadian-Indian, its plot based on a short story by an Urdu feminist writer, and its protagonists played by art-house actors. By contrast, “Ek Ladki” was made by one of Bollywood’s biggest producers, boasts some of its biggest stars, and was loosely inspired by British humor writer P.G. Wodehouse’s “A Damsel in Distress,” a tale of love and mistaken identity.

In “Ek Ladki,” a young man falls in love with a young woman in a small town. Her father objects because he is Muslim. Then, in the big twist, they discover she is in love with another girl. There are delectable costumes, songs and dances, comic side plots and characters, and after much misunderstanding and angst, a happy ending for the same-sex couple.

In short, a typical Bollywood rom-com may be the most radical movie in Indian cinema.

The conventional format is no accident, says Dhaliwal, who co-wrote the script with Shelly Chopra Dhar. Historically, Bollywood films have cast transgender or gay characters for comic effect. And although more serious takes have begun appearing in recent films – most powerfully in the 2016 “Aligarh,” based on the real-life story of a homosexual professor ostracized and sacked from his job – many of those movies play only to elite audiences in big city multi-screen theaters.

Dhaliwal, who grew up in a small town, says her goal was to reach the widest possible audience, especially young people in smaller cities, towns and villages. “I wanted this film to tell them they are not abnormal.”

That’s also why the film does not show any intimacy, not even a kiss, between the lesbian couple, she says. The omission is intended to keep audiences from feeling uncomfortable and ensure a U/A rating from India’s notoriously prudish censor board. “An A rating would have meant that kids could not have seen the film and it would not be screened on television.”

The choice of a Bollywood plot was also intensely personal. “I love mainstream cinema, I’ve grown up on it,” Dhaliwal says. “I like dreamy romantic sequences and good wedding songs.”

That passion seems especially poignant given how distant a fairy-tale ending must have seemed for her at one time. Dhaliwal was born a boy but struggled with her gender identity throughout childhood. When she was 16, she told her parents about her personal conflict. They were loving people, she says, but struggled to accept her sexuality. At 25, Dhaliwal transitioned into a woman. She has since appeared on talk shows with her parents, and become an inspirational figure in a country where the traditional transgender community lives on the margins.

Dhaliwal’s struggle, and that of her parents, infuses big parts of the film. And it is those parts that many viewers seem to have found most moving.

Kusuma Krishna, a 32-year-old program manager in Bangalore, took her mother, who had only recently begun to accept her sexuality, to the movie. She says both of them wept during the scenes in which the father reads his daughter’s old diaries with anguish. “That’s how my mother felt for me,” Krishna says. “The (parents’) guilt that we went through such misery as children, and (that) they were not there for us.”

Like Sweetie, the film’s protagonist, Krishna was bullied in school. Close friends she confided in distanced themselves. “I thought I was sick,” she says. It was only in her teens that she heard the word ‘lesbian.’ She finally went to an internet café, where she found out “there are many people like this living with pride and dignity.”

She wishes she had seen a movie like “Ek Ladki”when she was a child, she says.

Movies and online content certainly helped Ria Mahule, a 23-year-old sound engineer. There were many openly gay students in her tony, liberal Mumbai college, reflecting a generational shift. But as a schoolgirl in a small town, she had no such exposure. She had to search the internet to find an explanation for her feelings, and kept quiet about them until she was older and living in bigger cities. Another movie, “Kapoor & Sons,” with a gay character helped her mother understand the loneliness of being stuck in the closet, she says.

“Ek Ladki” has been criticized for spending little time on the lesbian couple’s relationship, but viewers like Ria say they understood that the movie was about social acceptance, not romance.

In a traditional society like India, “what’s important is parental acceptance,” says Shobhna Kumar of Queer Ink, a platform that makes and promotes queer books and films. “Even when parents want their children to be happy, they are caught in society’s norms. To change society, parents need to lead the way.”

Indian women face enormous pressure, even violence, to marry, and marry right. Just last month, a young lesbian couple in north India threatened to commit suicide if they were forced apart. One of the women’s parents had filed a police complaint charging her partner with kidnapping.

Such incidents show that despite increasing visibility, there’s a long way to go for the LGBT community in India, activists say. At screenings of “Ek Ladki,” the big reveal about the same-sex couple has often met with gasps and giggles, and later some walkouts.

“Tolerance is one thing, but we are a long way from acceptance,” Shah says. That makes movies like “Ek Ladki” important, she adds, even if the movie is more cheerful about queer lives than the reality. “That’s Bollywood,” she says. “You see a Bollywood film to tell you that things can be better.”