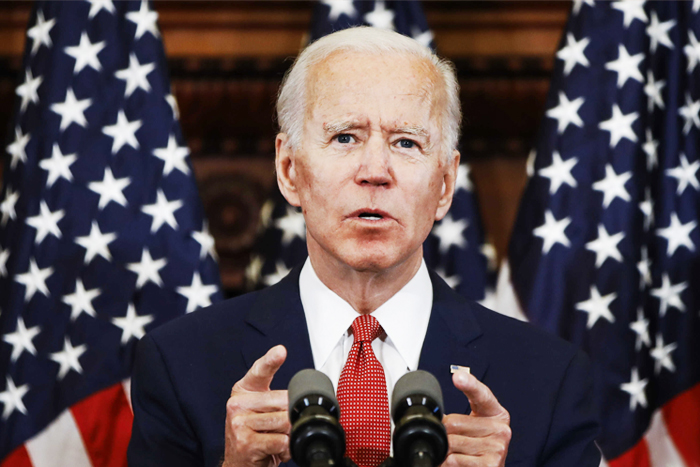 LGBTQ Republicans made up an overly nuanced title for Donald Trump to gloss over his anti-LGBTQ Communities record. The only problem? It describes Biden.

Joe Biden will soon be the first president to enter the White House supporting marriage equality.

It’s a very specific distinction – Barack Obama is the first U.S. president to support marriage equality while in the White House at all – but it’s one that gay Republicans have repeated ad nauseum to support Donald Trump’s candidacy.

The only problem was that it was never true for Trump, while it is actually true for Biden.

And Trump’s actions spoke even louder than his words. He asked federal courts – including the Supreme Court – to make it legal to treat same-sex couples worse than opposite-sex married couples. His administration refused to recognize same-sex marriages for the purposes of U.S. citizenship for children born abroad like it recognized opposite-sex marriages. And he appointed Amy Coney Barrett to the Supreme Court, a judge who is an opponent of marriage equality and even worked for an anti-LGBTQ hate group in the past.

If there is chance that Trump supported marriage equality and his actions and words had been misinterpreted, he could have said so at any point during his four years in the White House. He could have tweeted his support for it or congratulated a same-sex couple’s engagement or marriage. He understands how to make his opinion known.

But he chose not to.

That didn’t stop Republicans from creating the odd distinction of being the first president to enter the White House supporting marriage equality and then bestowing it on Trump. The line was recited by former Trump official Richard Grenell, Trump Pride organizer Casey Flores, and the Trump Pride website. Even First Lady Melania Trump said it in a scripted ad for the Log Cabin Republicans.

Biden, on the other hand, has supported marriage equality at least since he pushed Obama to evolve on the issue in 2012 when he said on NBC that he is “absolutely comfortable” with marriage equality. He has presided over at least two same-sex weddings and even tweeted congratulations in the midst of the 2020 presidential election to Megan Rapinoe and Susan Bird for their engagement.

“The first president to enter the White House supporting marriage equality” is a byzantine and overly nuanced title, created for the sole purpose of white-washing the record of a president who has banned transgender people from the military, who publicly opposes civil rights protections for LGBTQ people, and who even made it easier for homeless shelters that receive federal funds to refuse to take in transgender people in the midst of a recession and a pandemic.

And the worst part is that Trump never even met that low standard.

But Joe Biden does. In a few months, he will actually be the first president to enter the White House supporting marriage equality.