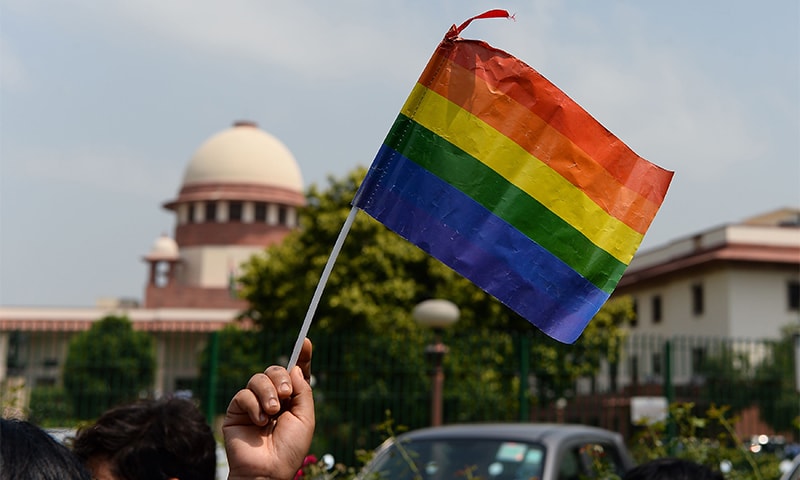 In ‘Sex and the Supreme Court’, Saurabh Kirpal writes about how marriage equality will fulfill the Constitution makers’ promise to all Indians.

Marriage is an ancient institution that has existed in virtually every society. Therefore, it seems almost an innate feature of the social structure, an aspect of the human condition. But this statement hides the wide variations in the concept of marriage, both in its form and in its content as well as in its rationale. The song made famous in Frank Sinatra’s words would have us believe that love and marriage are two sides of the same coin – like a horse and carriage. Apparently, you cannot have one without the other!

Charming as this picture is, it is hardly true. Historically, marriage has been more about property rights and getting the right in-laws. Love was neither a necessary nor a sufficient reason to get married. Alliances were fixed between families without any intervention on the part of the couple. In India, in the context of the arranged marriage, this still holds true.

(4) provides an opportunity to strengthen the kinship group

(5) allows the consolidation and extension of family property

(6) enables the elders to preserve the principle of endogamy.’

Nevertheless, the institution of marriage has changed undeniably. Once women became freer and more able to assert themselves, they also ventured out to choose their own partner.

Marriage lies at the intersection of society and the law. Societal traditions are crystallized into the rules relating to marriage by law. The law is however a dynamic concept. Inevitably the nature of marriage would change if there is a change in society. Consequently, the law would have to be amended to keep pace with this societal change. However, one cannot ignore that the supreme source of the law is the Constitution, and hence the egalitarian and liberating spirit of the Constitution must necessarily interact with social rules. Even if society does not change, the principles of the Constitution must nevertheless apply.

The recent judgement decriminalizing unnatural sex was based to a large extent on the autonomous right of an individual to choose her own partner, regardless of sex. In an interesting passage, Chief Justice Dipak Misra speaking for himself and Justice Khanwilkar said that ‘There can be no doubt that an individual also has a right to a union under Article 21 of the Constitution. When we say union, we do not mean the union of marriage, though marriage is a union. As a concept, union also means companionship in every sense of the word, be it physical, mental, sexual or emotional. The LGBTQ communities is seeking realization of its basic right to companionship, so long as such a companionship is consensual, free from the vice of deceit, force, coercion and does not result in violation of the fundamental rights of others.’

The line ‘When we say union, we do not mean the union of marriage, though marriage is a union’ is particularly interesting. At first blush, the Chief Justice seems to suggest that Article 21 does not confer a right to gay marriage, just a union. But if union includes marriage, how can the right to marriage possibly be excluded from the fundamental right to life? The Chief Justice noted that ‘even marriage was not equated to procreation’ and hence, non-procreative sex could not be against the order of nature. That, of course, begs the question, if procreation is not the purpose of marriage, why deny that right that extends to heterosexual couples to gay couples?

Justice Chandrachud, who was party to the Navtej Johar judgement, had also authored a judgement in the privacy case. The privacy case in fact could reasonably be said to be the foundation of the Navtej Johar judgement. In several passages, he laid the groundwork not merely for the eventual overruling of the Suresh Kumar Koushal judgement but also for the recognition of gay marriage. Justice Chandrachud held that ‘family, marriage, procreation and sexual orientation are all integral to the dignity of the individual. Above all, the privacy of the individual recognizes an inviolable right to determine how freedom shall be exercised’.

Justice Sanjay Kishen Kaul held that ‘It is an individual’s choice as to who enters his house, how he lives and in what relationship. The privacy of the home must protect the family, marriage, procreation and sexual orientation which are all important aspects of dignity.’ Thus a majority of at least five of the nine judges who were party to the judgement held that people of alternate sexuality had a right to family life, which included marriage.

Since the issue did not directly arise in that case, the Court probably held back in ruling finally on the issue. Of course, how the courts rule once the matter comes before them is uncertain. Even the Union of India, though it did not oppose the petition in the Navtej Johar case, filed an affidavit stating that in case the Court was going to address the issue of gay marriage, it would have taken a different stand.