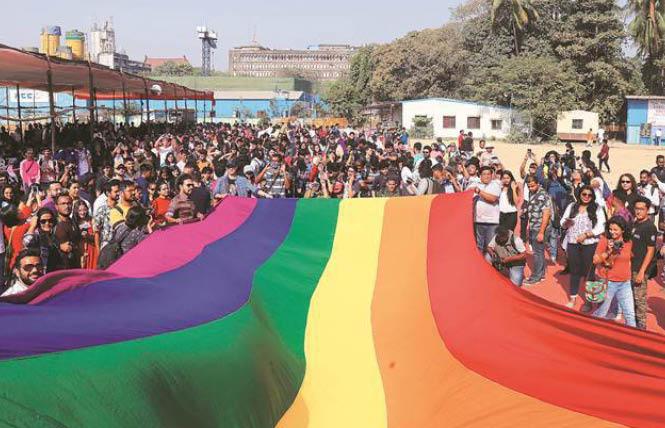 A member of the LGBT community celebrates the Supreme Court decision to strike down a colonial-era ban on same-sex intercourse, in Mumbai.