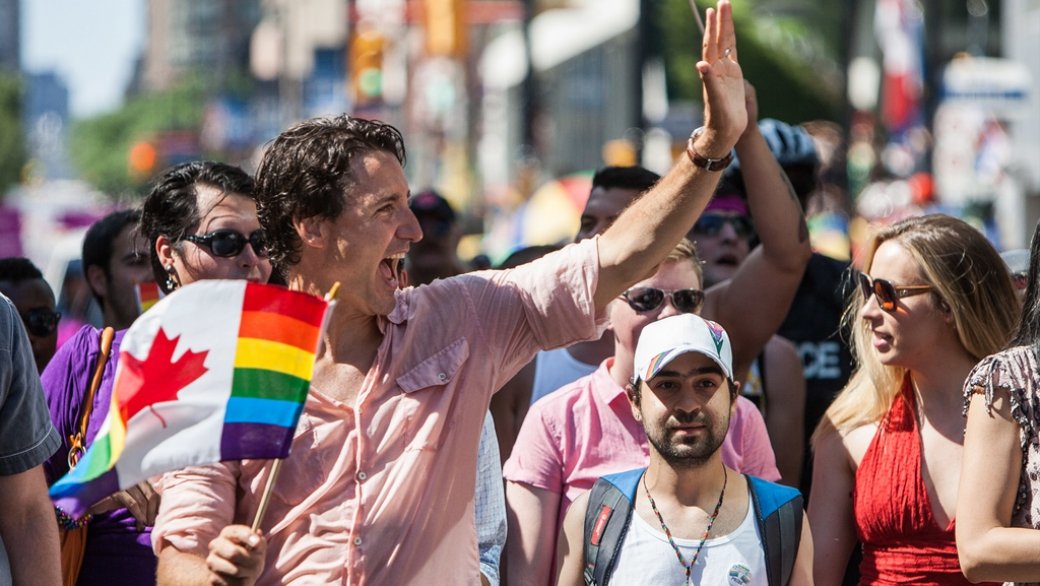 ‘These aren’t distant practices of governments long forgotten. This happened systematically, in Canada, with a timeline more recent than any of us would like to admit’

OTTAWA: Prime Minister Justin Trudeau is apologizing on behalf of the federal government for perpetrating decades of discrimination against members of the LGBTQ communities.

Dozens of people — including two of Trudeau’s own kids, Xavier and Ella-Grace — were crammed into the various House of Commons galleries, many of them sporting rainbow ribbons, to witness the historic occasion, which the prime minister says he hopes will finally allow the healing process to begin for those affected.

“This is the devastating story of people who were branded criminals by the government — people who lost their livelihoods, and in some cases, their lives,” Trudeau says in prepared remarks.

“These aren’t distant practices of governments long forgotten. This happened systematically, in Canada, with a timeline more recent than any of us would like to admit.”

Earlier Tuesday, the government introduced legislation which, if passed, will allow the expungement of criminal records belonging to people convicted of consensual sexual activity with same-sex partners.

It has also earmarked more than $100 million to compensate members of the military and other federal agencies whose careers were sidelined or ended due to their sexual orientation, part of a class-action settlement with employees who were investigated, sanctioned and sometimes fired as part of the so-called “gay purge.”

The number one job of any government is to keep its citizens safe. And on this, we have failed LGBTQ Communities people, time and time again,” Trudeau says in his remarks, using an acronym that includes reference to Indigenous people known as “two-spirit.”

“It is with shame and sorrow and deep regret for the things we have done that I stand here today and say: We were wrong. We apologize.

The government is also putting $250,000 toward community projects to combat homophobia and provide support for people in crisis, and plans a commemoration in 2019 to mark the 50th anniversary of the federal decriminalization of homosexual acts.

The discriminatory policies that often ruined careers and lives had their roots in federal efforts that began as early as the 1940s to delve into the personal lives of people who were considered security risks as a result of what was considered “character weakness.”

“This thinking was prejudiced and flawed,” Trudeau says. “Sadly, what resulted was nothing short of a witch hunt.

“Those arrested and charged were purposefully and vindictively shamed. Their names appeared in newspapers in order to humiliate them, and their families. Lives were destroyed. And tragically, lives were lost.”