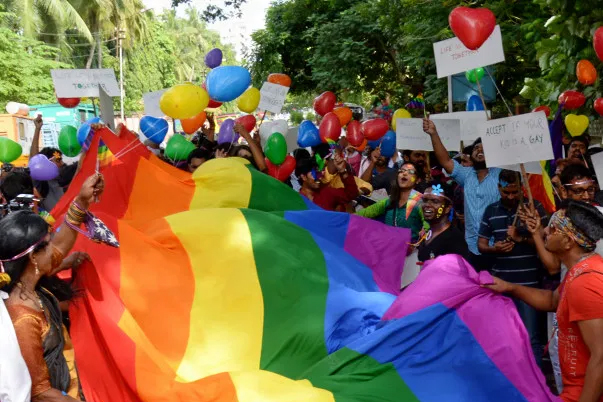 The month of June is dedicated to the LGBTQ Communities rights; social media today was flooded with pride pictures, Harvey Milk quotes and shades of rainbow. Celebs from across the globe continue to join in with celebratory messages. Although Bollywood may not be on an equal footing with Hollywood for voicing equality for the gay communities here are the celebs who have started a positive conversation by being vocal allies…

Love cannot be categorized in a certain manner. You love your mother, father, siblings and companion. If a man loves a man and woman a woman, how can it harm anybody? I’m happy that people can now love openly in India and I personally supported it on social media when Section 377 was read down. If in our own country, if we are not free to love, that would have been a sad situation, right?

I feel that any kind of discrimination, be it on the basis of caste or class and sexuality is a form of hate. When I did Dhadak, it had an over line message, talking about the power of love over hatred and we all believe in that. Love is what should unite us all and not hate towards a community.

When Made In Heaven released, an otherwise congratulatory and appreciative message I received from an acquaintance, ended with ‘hope you turn straight in season two!’ I shook my head, thanked him and politely asked him to try to not be a homophone. Let’s hope that by season two, he’s not!

I am a proud feminist but that does not mean demanding more rights; it means equality and nothing else and same goes for the LGBTQ rights. India gained freedom in 1947 but LGBTQ community got freedom in 2018. Too late, but finally we as a country can take pride in that. And fight for equality.

I am extremely close to the LGBTQ communities and I feel they have the right to live the way they want to live and express themselves and not be undercover and hide. I, on my part, try to be a change A few times, some of my friends came out to me first and it feels good to be there and celebrate that moment with them. We must all celebrate them.

A person’s sexuality is something one is born with, and high time, people understand that, be it a man or a woman. It’s a basic human right. It’s not about lesbian, gay, male, female or transsexual. It’s about being able to be who you want to be and being somebody who is just themselves. I have advocated that from the beginning of my career.

I have some of the closest friends who are gay and it has never been an issue for me. For me, it is for and within the category for advocating for freedom for love, which is the most important thing for every human being. I feel the community post the Section 377 verdict has a sense of power as they continue to raise their voice and we should all feel encouraged about it.