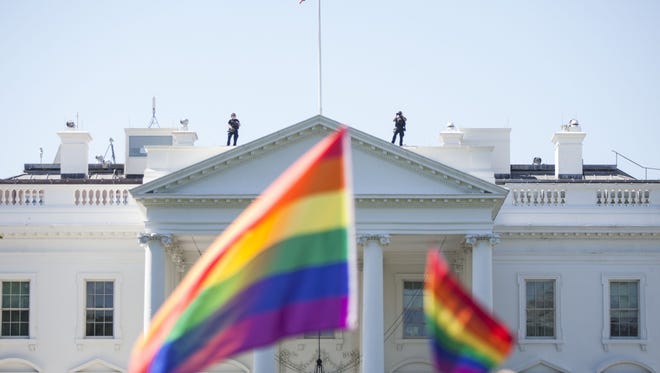 A proposed rule by the Trump administration would allow foster care and adoption agencies to deny their services to LGBT+ families on faith-based grounds.

The proposal would have “enormous” effects and touch the lives of a large number of people, Denise Brogan-Kator, chief policy officer at Family Equality, an advocacy organisation for lesbian, gay, bisexual and transgender families, said Saturday.

The Department of Health and Human Services on Friday released the proposed rule, which would roll back a 2016 discrimination regulation instituted by the administration of President Barack Obama that included sexual orientation and gender identity as protected classes.

Any organisation that gets department funding is “now free to discriminate” if it wants to, Brogan-Kator said.

The proposed rule could be published in the Federal Register as early as Monday, followed by a 30-day comment period. After that, the comments will close, and it will become final rule.

Critics said the rule would allow organisations to place their personal religious beliefs above the needs of children, but the administration countered that it was not preventing LGBT+ people from adopting.

“The administration is rolling back an Obama-era rule that was proposed in the 12 o’clock hour of the last administration that jeopardizes the ability of faith-based providers to continue serving their communities,” the White House said in a statement Saturday. “The federal government should not be in the business of forcing child welfare providers to choose between helping children and their faith.”

According to the Adoption Network, there are more than 400,000 children in the foster care system in the United States. More than 114,000 cannot be returned to their families and are waiting to be adopted.

Alphonso David, president of the Human Rights Campaign, called the proposal “horrific” and said it would “permit discrimination across the entire spectrum of HHS programs receiving federal funding.”