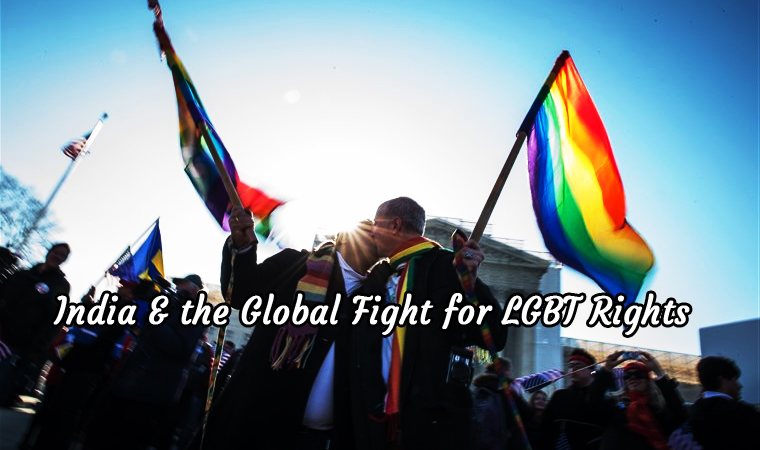 LGBTQ communities around the world, in very uncomfortable numbers, are not accorded equal treatment. They could face bullying from a very young age, a denial to equal job opportunities and healthcare, lack of understanding from family and peers, and maybe forced conversions to a heterosexual way of life. Though many support organizations have come up over time, and the judiciary in many countries is speaking up supporting the LGBT rights, the path to a civil society that believes in equality for all is still long.

Same-sex relationships are deemed a crime in about 70 countries. There are countries that give life imprisonment to LGBT people. About nine countries have decreed a death sentence for the people involved in same-sex relationships. The fact that draconian laws prevail for the LGBT communities of the world demonstrates the abysmal state of human rights.

Sexual orientation is and should be a very personal choice. It is a very basic human tendency that needs to be accepted for what it is. It should not be punishable by law for consenting adults.

As of May 2019, same-sex marriages are recognized in 27 countries. Movements are on in countries around the world to put an end to the existing homophobia and the negative attitude towards LGBT rights. In India the honorable Supreme Court decriminalized same-sex relationships in September 2018 and recognized that all individuals should be equal in the eyes of law irrespective of sexual orientation and gender identity / expression. This was a landmark occasion for the Indian LGBT community. The LGBT US community is also fighting its battles. The LGBT movement is seeing ups and downs.

But do changing laws translate into an attitude change in the society? The judicial decision is just the first step towards an inclusive society. The people need to be sensitized to the needs of all fellow humans. The sense of equality has to come from the very core of any civil society and we have to start the work now. Only then will a real change be reflected.