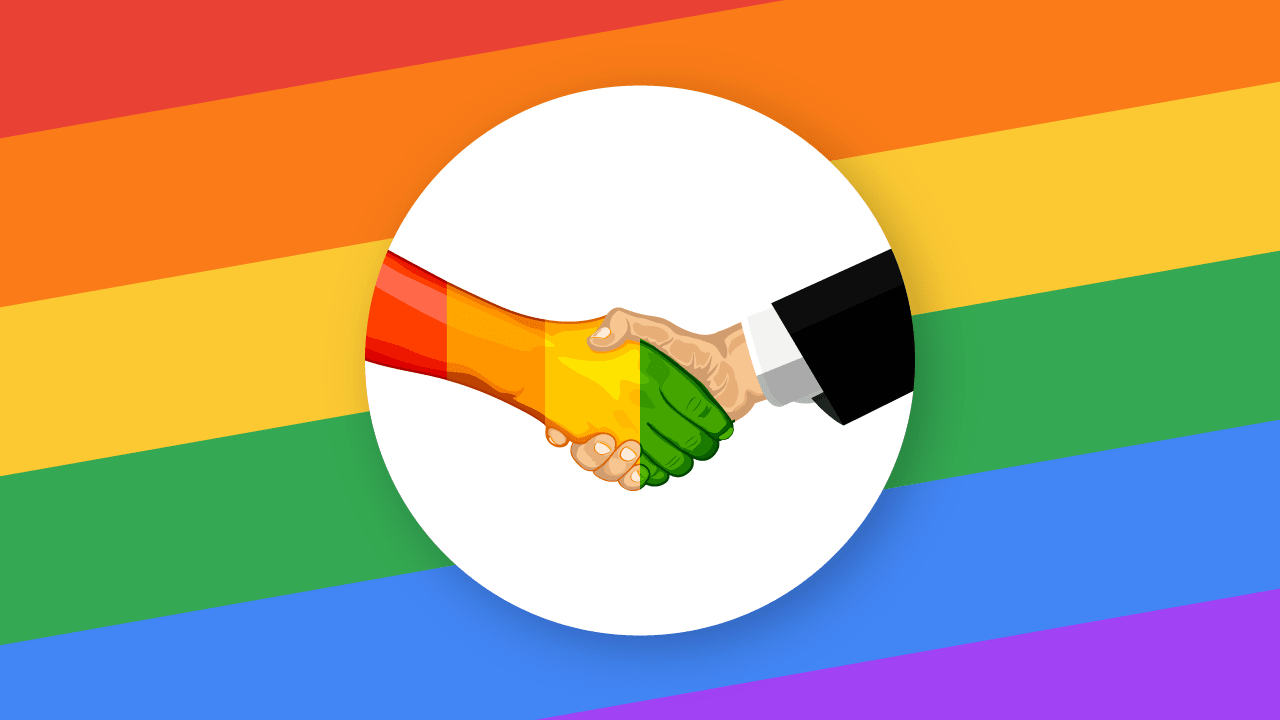 Indian Companies are openly allying with the LGBTQ cause & encouraging staff to speak up about their identity.

Indian companies, especially multinational corporations (MNCs), have gone from being tacit supporters of LGBTQ (Lesbian, Gay, Bisexual, Transgender and Queer) rights to openly allying with the cause. This comes almost one year after the Supreme Court decriminalized homosexuality.

Coverage for same-sex partners under medical insurance and LGBTQ Communities employee networks have been around for some time, but companies are now encouraging employees to speak openly about their identity.

Indian LGBTQ employees at Accenture can share their journeys on a virtual platform, and even answer questions from ‘allies’ – non-LGBTQ people who support the cause.

IBM’s LGBTQ employees have put up video blogs on YouTube about their experiences. The company is also hosting a pride walk at its Gurugram campus later this year, where its employees, those from other organisations and the LGBTQ communities at large can participate.

SAP Labs, too, is hosting a pride march on its campus.

Many of IBM’s employees had “come out” (openly identified themselves as LGBT) at work, even though they couldn’t to their families and community, said Prachi Rastogi, diversity and inclusion leader, IBM India.

Sameer, a 27-year-old employee at SAP Labs, said he came round to accepting his identity only after joining the organisation and reading about global leaders who were ‘out’. He considers the company’s LGBTQ-ally network a much needed support system, and has even written a blog about his experiences on the company website.

Sanjeevani Chavan, a 31-year-old trans woman hired by Sodexo, said she had become tired of showing up for interviews where the only response was, “Our staff won’t feel comfortable around you.”

Sodexo is also running a campaign against homophobia at work.

Royal Bank of Scotland is planning an internship program for transgenders in the next two months, said Argho Sen, head (commercial and private banking operations). They also have myth busting sessions for staff on topics such as “association with gay people makes you gay”.

Delfina, an activist who works with Nirangal, a Chennai-based NGO, said the situation has been changing for the better at workplaces, especially since last year.

She, however, cautions that while corporate might have good intentions in wanting to include marginalized people like transgenders, a lot of cultural adaptation is still needed.

Many transgender women are thrown out of home and end up in sex work, and might be reluctant to leave it because it pays more than an entry-level 9-to-5 job, she says.

It’s not enough for companies to put rainbow filters on their branding – the least they can do is tweak anti-discrimination rules to include sexual orientation as well, says Parmesh Shahani, head of Godrej India Culture Lab. “It’s completely the responsibility of corporate India’s CEOs to be more inclusive towards the LGBTQ communities,” he says.

Beyond the bastion of elite companies however, things remain bleak.

Sexual harassment policies at most workplaces don’t cover those who aren’t women, and those targeted for their sexual orientation cannot find any respite in the law, says L Ramakrishnan, who works with SAATHII, a public health and human rights NGO headquartered in Chennai.

It is also difficult for trans-people to get identity cards that support their new identity, says Delfina.

A 40-something senior executive who has “come out” to his multinational firm for about nine years, says he wouldn’t want to go public with his identity. “I don’t know what kind of biases people still have, and how they might use it,” he says.