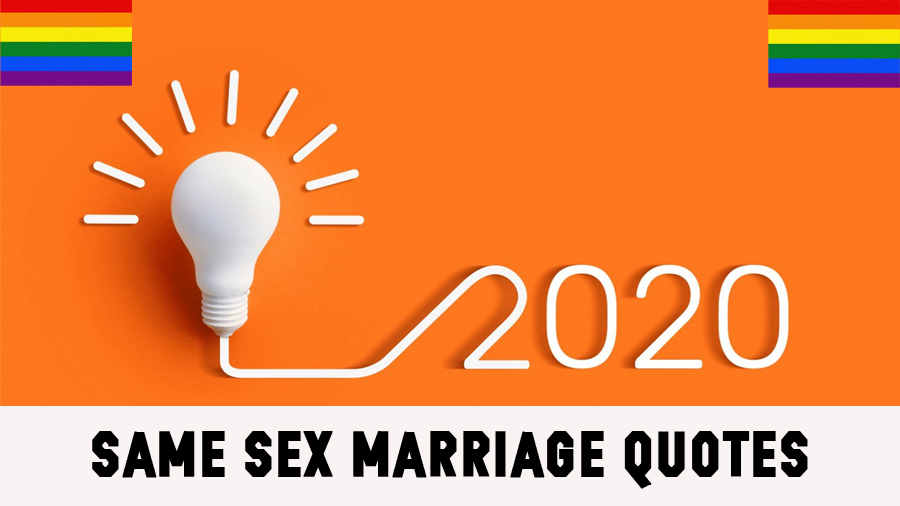 “Marriage should be between a spouse and a spouse, not a gender and a gender.”

“I support gay marriage. I believe they have a right to be as miserable as the rest of us.”

“It may be that same-sex couples will save the institution of marriage.”

“Don’t hide behind the Constitution or the Bible. If you’re against gay marriage, just be honest, put a scarlet ‘H’ on your shirt, and say, ‘I am a homophobe!”

“Love has no gender – compassion has no religion – character has no race.”

“Social conservatives seem to see a bigger threat to marriage from committed gay couples who want in on it than from straight ones who opt out of it.”

“Love should never mean having to live in fear.”

“gay marriage… always being an issue for the voting public when it should be an individual‘s private choice.”

“The power of love is that it sees all people.”

“Homosexuals are not made, they are born.”

“What does love mean if we would deny it to others?”

“Homosexuality is immutable, irreversible and nonpathological.”

“LYSANDER You have her father’s love, Demetrius; Let me have Hermia’s: do you marry him.”

“Either you are homophobic or you are a human – you cannot be both.”

“Just talk to a homosexual, and you’ll find out how they all think. too many things in commun”