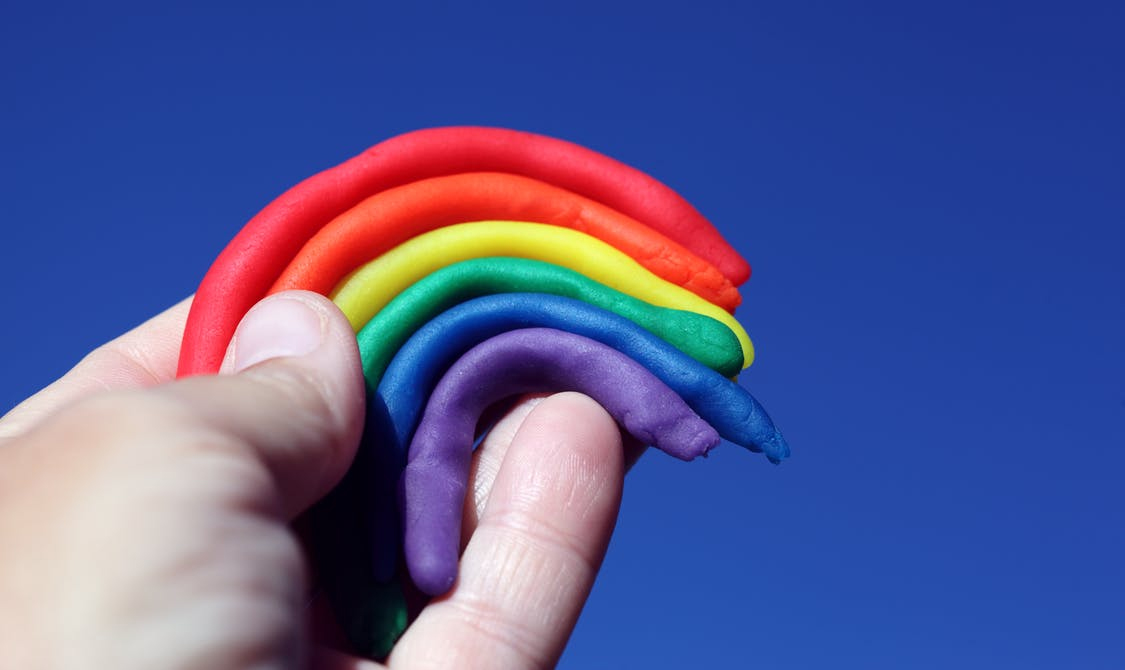 We are beginning to see the emerging impact of the fundamental LGBTQ survival mechanism – visibility – taking root in galleries, museums and other institutions

It used to be common that museums played a careful game with issues of sexuality, and LGBTQ identity. Greek ceramics were discretely turned so that the same-sex couples were at the back, and the more explicit ones were kept in storage. Famous artists who were known to be couples were said merely to be friends.

Euphemism elided truth, and when the truth couldn’t be denied, it was acknowledged with little sense of pleasure or celebration. Of the many LGBTQ artists whose work fills our art museums, only those who were “openly” gay were allowed to be gay all the rest were “presumed innocent” unless the evidence was irrefutable.

Fifty years after the Stonewall street protests in New York, which are often seen as the beginning of the contemporary gay rights movement, many museums, especially art museums, are doing far better than they used to. Some of the best exhibitions of the past two or three years – shows devoted to Andy Warhol and David Wojnarowicz (both at the Whitney Museum), Robert Mapplethorpe (at the Guggenheim Museum), Peter Hujar (at the Morgan Library) and David Hockney (at the Metropolitan Museum) – dealt not only with artists who were gay, but whose work is closely bound up with the emergence of LGBT+ identity over the past half century. All of these shows dealt forthrightly with the issue.

It’s been even more surprising in recent years to see some art museums deal with issues of sexuality in shows that aren’t explicitly about LGBTQ artists. The Getty Museum’s provocative and smart The Renaissance Nude was refreshingly common-sensical about the fact that nude bodies are often the subject of erotic desire, and over the past half millennium, some significant portion of that desire didn’t follow strict hetero normative rules. In the curator’s discussion of a famous woodcut (c 1496) by Albrecht Durer, The Men’s Bathhouse, the catalogue noted: “Perhaps the print’s most notable feature is one that remained largely unaddressed in scholarship until changes in cultural attitudes contributed to its greater visibility: namely, the homoeroticism that seems to pervade the picture’s details.” Details like skimpy loincloths, a water spigot positioned precisely in front of a naked man’s groin, and the looks of desire between the male bathers.

Younger visitors will not be nearly as surprised to encounter this kind of curatorial candour as will older art lovers who have been going to exhibitions for decades. The previous norm, even at museums with relatively good track records on diversity issues, was: if you can avoid it, avoid it; if you can’t avoid it, complicate it with academic quibbles; and if academic quibbles are unreasonable, then deal with it as clinically as possible.

There was a fussiness to the tone whenever a scholar or curator was forced to grapple with transgressive sexuality, and you can still find it even in relatively recent histories, including Andrew Graham-Dixon’s 2010 biography of Caravaggio, which acknowledges only that “he likely slept with men”. The author notes the artist’s fluid sexual desires but gives some of Caravaggio’s most explicitly homoerotic paintings tortured readings to keep them safely in the category of mere “ambiguity”.

But the Getty was right: as cultural attitudes change, so does visibility, and now that attitudes towards LGBTQ dignity and rights are changing, suddenly common sense takes over, and we begin to see a lot more evidence of same-sex desire hiding in plain sight. For as long as it was considered in any sense shameful to be LGBTQ, the same-sex desires of artists from the past always had to be qualified, disputed or doubted. The intuitive evidence of what is present in their art was considered unreliable, and drawing conclusions from it was “ahistoric”, even as the same scholars wouldn’t hesitate to extrapolate details of heterosexual desire, hidden political subtexts or covert religious inclinations from the same artists’ work.

We are beginning to see the emerging impact of the fundamental LGBT+ survival mechanism – visibility – taking root in museums and other institutions. The success of the LGBTQ rights movement, which began well before Stonewall in 1969, was based on the idea that visibility (or “coming out”) is a compounding investment, that the heroic investment in visibility by gay people in the 1950s and sixties would yield dividends for those who followed. Now, not only are there new ranks of LGBTQ scholars and curators in the academy and museum world, but straight scholars are also not nearly so addled by questions of same-sex desire.

And with that, collectively our eyes open, and it becomes clear that it takes more work to explain away the presence of same-sex desire than it does to acknowledge it. The more it is identified, the more complex the networks of signification become, and once-hidden histories of reference and allusion emerge with new clarity.

This isn’t yet a success story. LGBTQ people of colour, and LGBTQ populations in countries that remain tied to religious and authoritarian ideologies of repression, still suffer grievous abuse and pervasive marginalization. At the Venice Biennale, the national pavilion of Brazil is hosting a powerful film called Swinguerra by Barbara Wagner and Benjamin de Burca. It’s a free-form documentary about a group of young people of colour, many of whom defy contemporary gender and sexual norms.

The title is a play on the word “swingueira”, which refers to a popular, competitive group dance form. We see dancers, many of whom can’t be easily identified by gender, seeming to abide by the cliches of male and female, engaged in a kind of mock war between the sexes; but the reality is far more subversive, playful and challenging.

And dangerous. In January, Brazilians inaugurated Jair Bolsonaro, one of the most homophobic politicians in the western world, as their 38th president. It was impossible to visit the Brazilian pavilion without an ominous sense that the young artists seen in this film are gravely threatened, not just by Bolsonaro’s aggressive and unapologetic homophobia, but also his racism, misogyny and ability to ally Brazil with other authoritarian regimes. In March, US president Donald Trump invited Bolsonaro to the White House, praised him to the skies and joked with his new friend: “I’m very proud to hear the president use the term fake news.”

The dancers in Swinguerra are a bit like some of the more radical LGBTQ artists of 50 years ago, artists who belonged to vibrant subcultures that simply sought room to thrive, with little expectation of anything like the assimilation that has become the gold standard for a more recent generation of activists. But these Brazilian youths belong to a very different world that is inventing new ways and new forms of repression for LGBTQ people, techniques for bigotry that can continue to function even if the larger culture in places like the United States is moving towards more acceptance.

As many cities around the country have been celebrating Pride month recently, it became clear that the State Department had denied its embassies and consulates permission to fly the rainbow flag, a small gesture of tolerance that has outsize significance in many of the deeply repressive countries that the United States considers its close allies and friends. When challenged on the policy, the vice president Mike Pence denied it was homophobic, saying it was merely a matter of flagpole protocol. (“When it comes to the American flagpole, and American embassies and capitals around the world, one American flag flies,” he said.)

If you’ve followed the evolution of LGBTQ art and how LGBTQ people have been treated by museums over the past century, it might seem as if the vice president has learned something from strategies once fundamental to gay identity. As long as you have plausible deniability, it is possible to say and do the most outrageous things in plain sight. A recent exhibition at the Museum of Modern Art, devoted to Lincoln Kirstein, included costume drawings from a ballet he conceived and produced for Ballet Caravan in the 1930s, called Filling Station. Its male protagonist, Mac, danced in diaphanous, see-through worker’s overalls designed by Paul Cadmus, who had scandalized critics with overtly homoerotic work in the past. It was all wonderfully camp and perfectly obvious, except it could also be passed off as just good, old-fashioned fun, a lark.

This was a powerful strategy, and it is probably how anti-gay bigotry will survive for the foreseeable future. Homophobic gestures, signs, symbols and messages will be sent, but they will also be disavowed, denied, laughed off or contextualized to seem less overtly offensive. Anti-gay forces will use the hiding-in-plain-sight of the old days of camp and the closet to maintain public respectability while asserting exactly what LGBTQ people were asserting on the streets of Greenwich Village in 1969: we are here, and we deserve our place in the public square.