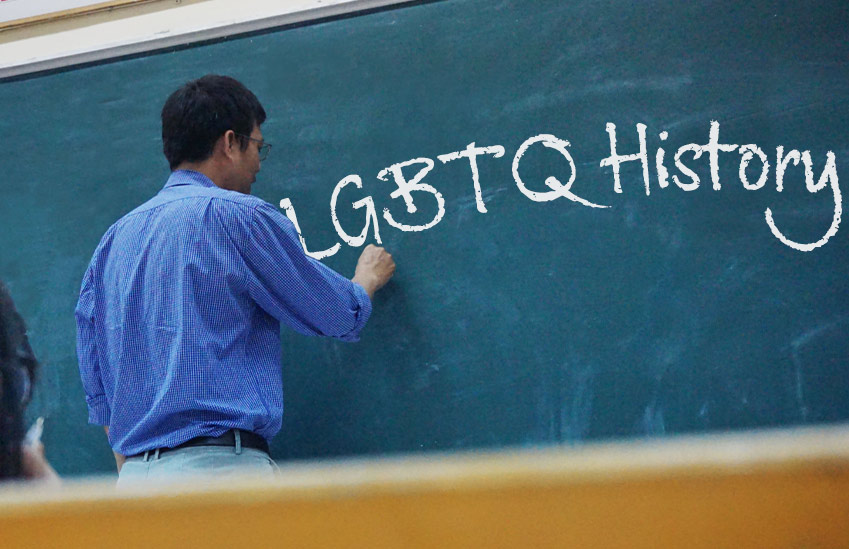 Illinois has passed a law meaning LGBTQ history must be taught in schools from next year onwards.

The bill’s supporters argue the measure aims to curb anti-LGBTQ bullying in schools by teaching students about the historical significance of LGBTQ individuals in American society.

The piece of legislation requires all schools in the state include “the role and contributions of lesbian, gay, bisexual, Queer, and transgender people in the history of this country and this state” in official textbooks.

The state’s Board of Education is also obliged to publish a list of the textbooks authorised for purchase under the law annually.

“Each public school district and state-recognised, non-public school shall, subject to appropriations for that purpose, receive a per-pupil grant for the purchase of secular and non-discriminatory textbooks,” says the text of the legislation.

It comes after a 2017 study by GLSEN, a US-based education organisation working to end discrimination, harassment, and bullying based on sexual orientation and gender identity, found 61 per cent of LGBTQ students in Illinois said they faced verbal harassment based on gender expression.

The bill includes a section that allows the department to implement rules “as necessary” for the law to be enacted and “to ensure the religious neutrality of the textbook block grant program.”

“We think all students are better off when we teach them the full breadth of history,” Brian Johnson, the CEO of the LGBTQ organisation Equality Illinois, said of the piece of legislation last year. “It makes them more likely to understand that a diverse cast has contributed to our society.”

The measure passed the state senate by a vote of 34-18 last May.

Democrat state Senator Heather Steans, who sponsored the bill, said in a previous statement that “one of the best ways to overcome intolerance is through education and exposure to different people and viewpoints”.

“An inclusive curriculum will not only teach an accurate version of history but also promote acceptance of the LGBTQ communities,” she added.

“It is my hope that teaching students about the valuable contributions LGBTQ individuals have made throughout history will create a safer environment with fewer incidents of harassment. LGBTQ children and teenagers will also be able to gain new role models who share life experiences with them.”

The bill comes after Pride month saw the Trump administration deny requests from its American embassies to fly the rainbow flag on their flagpoles.

This marked a significant shift from the Obama era policy which gave diplomats blanket permission to fly the flag during the month of June.

Donald Trump’s policy stipulates that express permission must be granted for the rainbow flag to be flown but no requests were approved.

The embassy in Jerusalem shared a photo of its branch office in Tel Aviv – formerly the embassy before Mr Trump moved it to Jerusalem – decorated in rainbow colours. The US missions in the South Korean capital Seoul and the Indian city of Chennai hung large rainbow flags on their exteriors.

Vice President Mike Pence insisted the ban was the “right decision” in June. The

Republican, an evangelical Christian who opposes gay marriage and has a history of supporting anti-LGBTQ legislation, said there were no restrictions on pride flags elsewhere on the buildings.