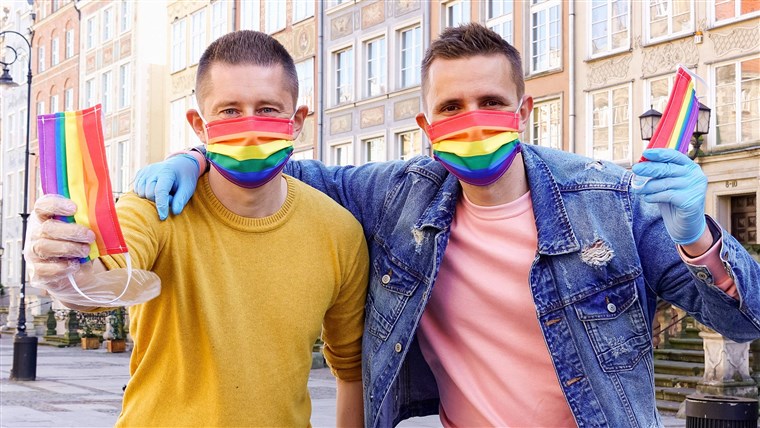 In their responses to COVID-19, countries need to put safeguarding mechanisms in place to protect vulnerable groups.

“I just sit on my bed and wait,” Livia*, a lesbian asylum seeker from Uganda who is living in a 200-person refugee camp in the German state of Bavaria, recently told us during a phone interview. She explained that she barely left the small room she shares with another woman, with whom she cannot communicate because they do not speak a common language, since Bavaria went into complete lock down to halt the spread of COVID-19 more than a month ago.

As a closeted lesbian, Livia has been practising “social distancing” out of fear of being outed ever since she set foot in a reception centre in Germany in 2018. But before the lockdown, she could at least spend time with her only friend in the camp – also a lesbian – and attend German classes and social gatherings organised by a local lesbian organisation.

Since the beginning of Bavaria’s lock-down on March 20, however, her already difficult and lonely life came to a complete halt. Today, she has almost no contact with the outside world. “I barely leave my room because I have no one to talk to and because I am afraid to catch the virus after someone in our camp was tested positive. We cannot even cook for ourselves anymore,” she told us. The Wi-Fi connection in the refugee camp is also very poor, so she cannot stream videos to pass the time or use social media to communicate with her loved ones.

Livia is only one of the many LGBTQI asylum seekers in Germany who are experiencing extreme isolation and renewed trauma because of the social distancing measures put in place in response to the corona-virus pandemic.

LGBTQI people seeking asylum often experience loneliness and abuse in reception and accommodation camps due to homo/trans-phobia. But the continuing pandemic substantially exacerbated the social isolation they had already been facing and cancelled any progress they had made in building a better life for themselves in Germany.

Sam, a 25-year-old gay Algerian refugee living in a camp near Mannheim, for example, told us in a phone interview that the pandemic has thrown him back into isolation and a state of fear just as he thought his life had taken a turn for the better. “I am stuck in a vicious circle right now. I had finally found a safe and clean room outside of the local refugee shelter, which is basically a container village. To move to the new place I have to prove that I can pay my own bills. But because of the coronavirus crisis, I lost all of my income.” He now fears losing his right to stay in Germany for vocational training purposes. “I am very afraid I will lose everything because of the crisis and will be deported.”

Angel, a 38-year-old lesbian refugee from Jamaica, who had just started regaining control of her life after being granted refugee status a few months back, told us following the lock down she is also going through a similar experience: “I feel like every time I take a step forward, I have to take three steps backwards. It is really depressing. Life is at a standstill, and there is one more road that is blocked.” Rami, a 42-year-old Syrian refugee, meanwhile, told us after losing his job because of the pandemic he feels his future is once again blurry.

According to the Munich-based lesbian rights organisation LeTRa, all attempts to provide safe housing for LGBTQI people seeking asylum in Bavaria have now been halted due to the coronavirus lockdown. The organisation says it is very concerned that the strictly enforced “stay at home” policies in asylum camps across Germany are jeopardizing the health and safety of LGBTQI asylum claimants. Indeed, being stuck in inadequate living conditions, especially in shared bedrooms, where they cannot even be alone, feel secure, and deal with their trauma, causes many LGBTQI refugees to feel depressed, and even suicidal.

Germany’s corona-virus lock down once again revealed the precocity of vulnerable groups such as LGBTQI asylum claimants who do not have a safe space where they can spend time with loved ones and where they can find the support they need to get through this crisis.

All asylum claimants are undoubtedly experiencing a certain degree of distress and isolation due to the social distancing measures. LGBTQI people seeking asylum, however, are affected by this crisis more negatively than others as they usually arrive alone in the receiving country and they are no longer in touch with their families in their country of origin. Moreover, they experience homo/trans phobia within and outside of refugee camps on top of racism and xenophobia.

As it did for Livia, Sam, Angel and Rami the corona-virus pandemic risks bringing the already fragile lives of many LGBTQI refugees to a full crash. The social distancing measures coupled with the stress caused by the spread of the virus itself, revive the trauma and sense of stark isolation many of them felt in their countries of origin and make their struggle for mental health even harder. Rzouga, a gay Tunisian activist and drag performer told us: “What we are facing now during this crisis is reminding me of the revolution I witnessed in my country, the state of panic, the constant horrific news and the speed of which new rules and measures are being put in orders is quite triggering and scary.”

Their experiences of sexual and physical violence and torture also seem to resurface as a result of the crisis. And, as offices that normally tend to refugees’ needs and listen to their queries are now closed, many LGBTQI people in refugee camps no longer have a venue where they can report abuse or seek additional help.

Moreover, the corona-virus crisis also threatens the basic survival of many LGBTQI refugees in Germany. Trudy Ann, a lesbian refugee from Jamaica, for example, told us that since the beginning of the lock down she went without food on some days because she could not receive the income for her work in the camp after the closure of the camp’s office.

It is thus important that in their response to COVID-19, Germany and other countries recognize the precariousness of the lives of particularly vulnerable groups and put safeguarding mechanisms in place. Not everyone has a “safe home” where they can cope with this crisis with the help of their loved ones. Authorities need to take urgent action to ensure that LGBTQI refugees have continued access to health services such as hormone treatments and psychological support as well as social and legal counselling in order to minimize their extreme isolation and the risk of retraumatisation.