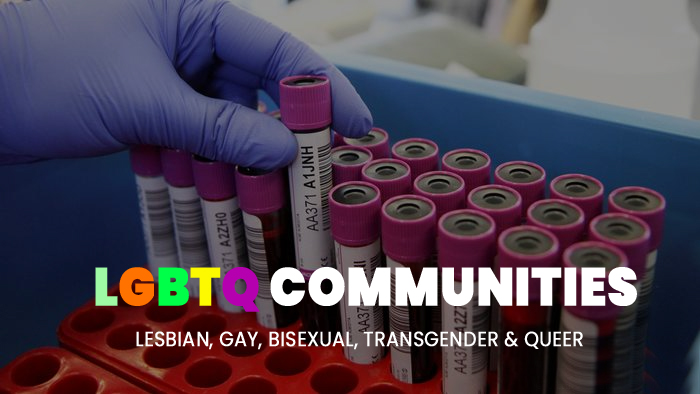 When Lukus Estok recovered from a traumatic case of Covid-19 that sent him to hospital, he tried to donate his plasma for an experimental treatment that could help critically ill coronavirus patients.

He finally attended an appointment last week, but as soon as a worker there learned he was gay, her face turned cold. He couldn’t donate, she told him.

“I was just so angry and so embarrassed at the way that that was handled, and I just didn’t see it coming,” he said. “I guess I should have.”

Gay and bisexual men in the US had been subject to blanket bans on donating blood since Aids devastated the LGBTQ+ community in the 1980s, because of what health experts have called “discriminatory practices based on outdated stereotypes”. In 2015, the US Food and Drug Administration (FDA) relaxed its guidance but still required men to abstain from sex with another man for at least a year before they could give blood, a policy that the the American Public Health Association said was “not based in science”.

“It’s been a very long struggle to try to get them to just simply adapt and include the current science in the policy,” said Scott Schoettes, counsel and HIV project director at Lambda Legal, a civil rights organization.

Under pressure from lawmakers and in light of the coronavirus pandemic, which has ravaged parts of the US and forced thousands of blood drives to cancel, the FDA fast-tracked new guidance in early April to further ease the restriction to three months.

If the recommendations are implemented early, the FDA said, they could “help to address” the US’s “significant shortage” in blood amid a crisis.

However, administrative conflicts and hurdles have meant most blood banks haven’t yet applied the revision, despite the FDA’s go-ahead. Kate Fry, the chief executive at America’s Blood Centers, estimated it will take two to three months, on average, for blood centers to update their practices and welcome gay and bisexual men who meet the new criteria.

Fry cited a slew of upgrades – to the computer system, training processes, manuals, donor education items and a universal donor history questionnaire – that “unfortunately just does take some time” to incorporate.

Coronavirus: the week explained – sign up for our email newsletter

“I am not aware of any blood center who has made any changes yet. It’s just far too early,” Fry said.

The American Red Cross similarly said it was “working aggressively to implement the many eligibility changes outlined by the FDA as soon as possible”, but had not done so yet.

A spokesperson for the New York Blood Center did not respond specifically to Estok’s allegations of being treated as “less than” but echoed its industry peers. It said it is “pleased with this new guidance” and “working to implement the changes as quickly as possible”.

For some men who are suddenly eligible, that isn’t quick enough.

Brennon Mendez, a 24-year-old student at Yale Law School, felt “ecstatic” after he heard about the FDA update.

“I’ve been waiting to donate blood for my entire adult life, and the current blood shortage caused by Covid-19 made that desire that much more urgent,” he said.

On the day the guidance was published, Mendez immediately made an appointment at the UCI Health Blood Donor Center in Orange, California. But when he got there, he was turned away, much like Estok.

Mendez said the receptionist told him the clinic wasn’t yet complying with the new FDA guidance.

“I felt stigmatized, and I also felt outraged that such a refusal to adapt to the urgent circumstances of this crisis would result in less blood being available to those who need it most,” Mendez said.

“The numerous steps that exist to ensure the safety of the blood supply”, such as updating procedures and retraining staff, aren’t meant to marginalize anyone, John Murray, assistant director for media and public relations at UCI Health, said in a statement.

Before the California site can start complying with recent guidance, Murray added, the AABB, a standard-setting association in charge of the donor history questionnaire used by donor centers across the country, needs FDA approval for a revised version of that document.

But Michael Felberbaum, a spokesman for the FDA, contradicted Murray. He said licensed blood facilities do not have to wait on any association’s revised donor questionnaire. They can instead come up with their own materials and implement the changes now.

The nation’s blood supply has stabilized since the pandemic’s early days, Fry said, though there was still an ongoing need for donations. But Schoettes’s larger concern was around people such as Estok, who have blood rich in coronavirus antibodies that could be used to possibly counteract the virus’s devastating effects on the country’s most vulnerable patients.

“We need to continue to push because there is a more urgent need there, and I don’t think we necessarily need to be patient on that front,” Schoettes said.

A few days ago, a member of Estok’s gospel choir reached out to him for help. The man told Estok he knew someone who hoped to try the plasma treatment but had to wait because there weren’t enough donations.

Estok couldn’t do anything for that family, or for anyone else, even though he wants to desperately.

“To know that I’m healthy, to know that I’m a candidate – like a solid candidate – for donation, but I can’t because … I don’t know, they can’t get an IT guy in to fix their computers?” Estok said. “That’s so hard for me to wrap my head around.”

News is under threat …

… just when we need it the most. Millions of readers around the world are flocking to Lgbtqcommunities’s in search of honest, authoritative, fact-based reporting that can help them understand the biggest challenge we have faced in our lifetime. But at this crucial moment, news organisations are facing an unprecedented existential challenge. As businesses everywhere feel the pinch, the advertising revenue that has long helped sustain our journalism continues to plummet. We need your help to fill the gap.

We believe every one of us deserves equal access to vital public service journalism. So, unlike many others, we made a different choice: to keep Lgbtqcommunities journalism open for all, regardless of where they live or what they can afford to pay. This would not be possible without financial contributions from those who can afford to pay, who now support our work from 180 countries around the world.

We have upheld our editorial independence in the face of the disintegration of traditional media – with social platforms giving rise to misinformation, the seemingly unstoppable rise of big tech and independent voices being squashed by commercial ownership. Lgbtqcommunities’s independence means we can set our own agenda and voice our own opinions. Our journalism is free from commercial and political bias – never influenced by billionaire owners or shareholders. This makes us different. It means we can challenge the powerful without fear and give a voice to those less heard.

Reader financial support has meant we can keep investigating, disentangling and interrogating. It has protected our independence, which has never been so critical. We are so grateful.

We need your support so we can keep delivering quality journalism that’s open and independent. And that is here for the long term. Every reader contribution, however big or small, is so valuable. Support Lgbtqcommunities’s from as little as CA$1 – and it only takes a minute. Thank you.