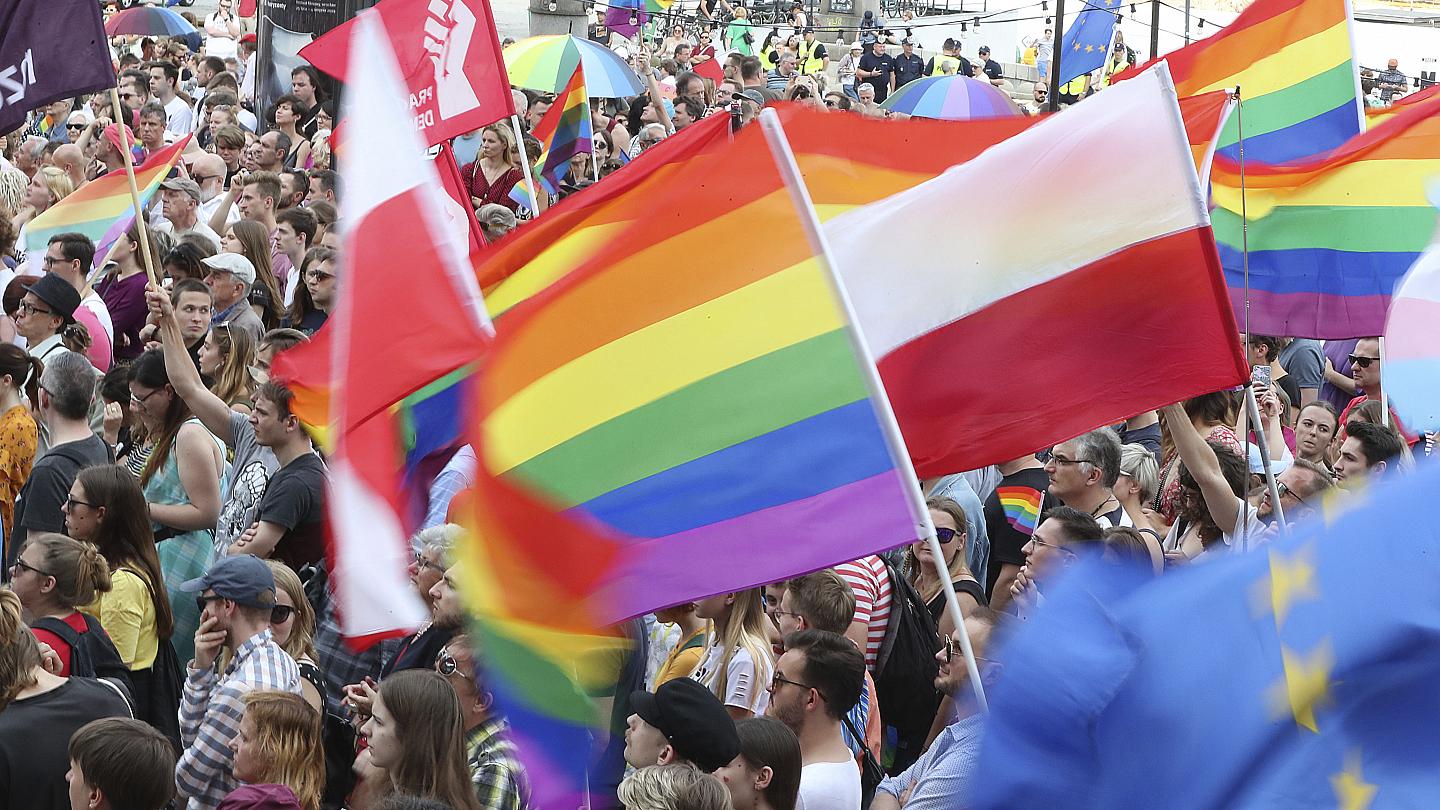 Warsaw police have arrested a non binary activist, Margot Szutowicz, who has been placed in pretrial detention, in the latest example of Polish authorities’ anti-LGBTQ actions. Forty-eight other people, from a crowd of LGBTQ Communities rights supporters protesting Szutowicz’s imminent arrest last Friday, were also briefly detained but have been released. An investigation by the Polish Commissioner for Human Rights found that some of those arrested were not protesters but merely bystanders, and further that police insulted and humiliated LGBTQ detainees.

Polish authorities should seek to have Szutowicz’s pretrial detention lifted. Szutowicz is being held for two months awaiting trial for allegedly causing damage to a truck promoting false anti-LGBTQ propaganda and assaulting a pro-life demonstrator on June 27. The charges carry multi-year prison sentences.

Szutowicz was first arrested in connection with this case on July 14. The prosecutor requested pretrial detention but the district court in Warsaw-Mokotów denied that request and released her. However, prosecutors appealed, and on August 7, another court issued an order for two months pretrial detention. Szutowicz is currently being held in a single-person cell due to Covid-19 quarantine restrictions but, in violation of her due process rights, has not been allowed to contact her lawyer.

In recent years, Poland has been engulfed by anti-LGBTQ vitriol, largely fueled by officials from the ruling Law and Justice Party. When campaigning for reelection in June, President Andrzej Duda actively deployed anti-LGBTQ rhetoric as an election strategy, calling “LGBTQ ideology” more dangerous than communism.

The European Parliament LGBTQ Intergroup, the Council of Europe Commissioner for Human Rights, and the Council of Europe Sexual Orientation and Gender Identity Unit have all called for Szutowicz’s immediate release. The European Commission, including President Ursula Von der Leyen, should join the chorus of voices pressing Poland to release Margot from pretrial detention.

Pretrial detention should be used as a measure of last resort. Authorities should publicly clarify why Szutowicz was not allowed to post bail, and her lawyers should be able to meet with her immediately not least so they can begin to prepare a defense.

Absent evidence that the Polish authorities have substantiated and lawful grounds to hold her in pretrial detention, it is hard not to conclude that they are simply using pretrial detention to punish Szutowicz before her trial – another demonstration of the crumbling respect for the rule of law in Poland.