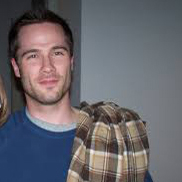 Thomas Luke Macfarlane was born on January 19, 1980 and is a Canadian actor. His best known roles include Scotty Wandell on the ABC television drama brothers and sisters from 2006 to 2011 He also stars in KILL Joy at present. Macfarlane declared that he was gay during an interview with The Globe and Mail on April.