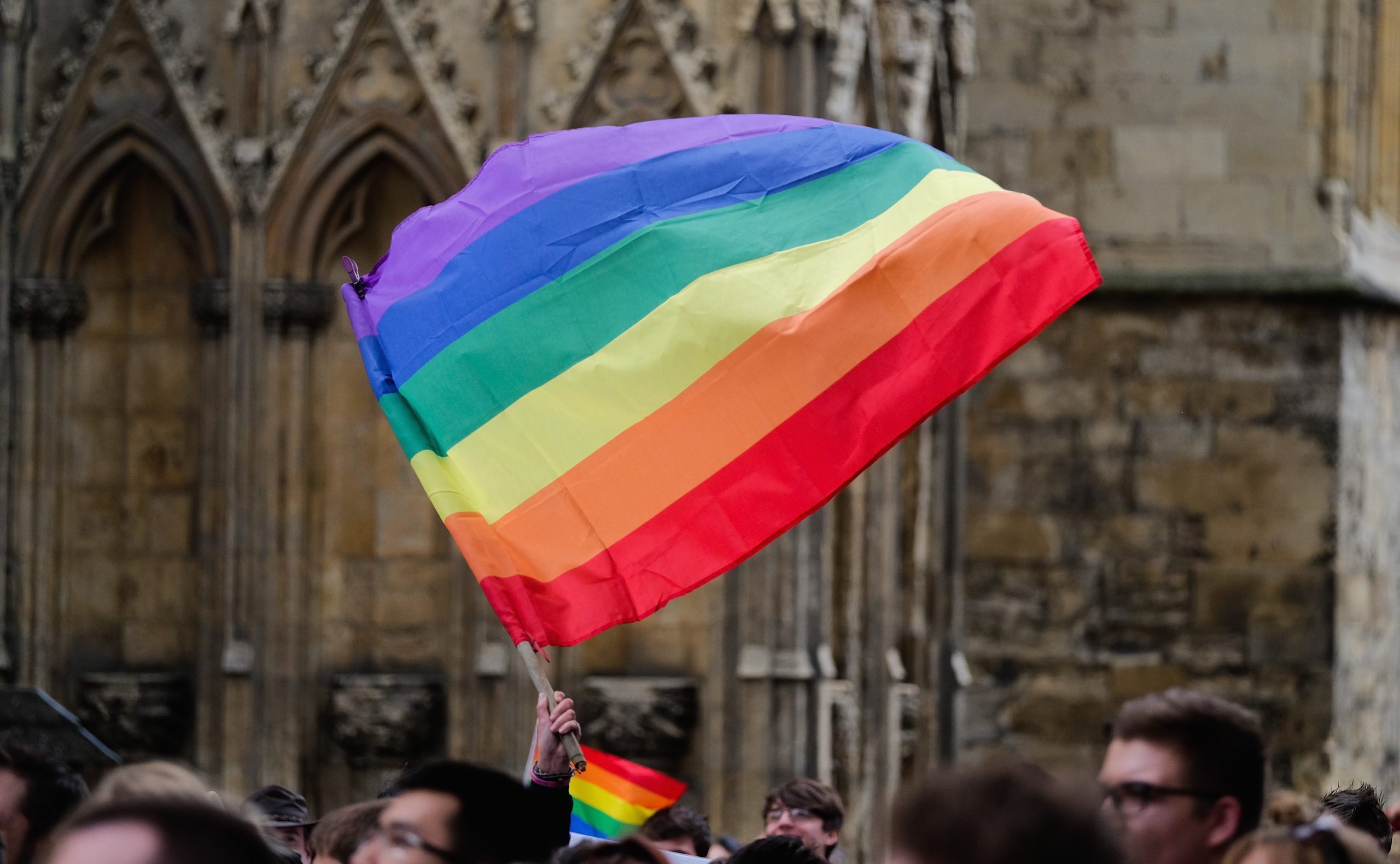 The chief said that once members of the Fire Department were told, word spread `faster than a nuclear explosion” through Byron _ a city of 4,500 in a peach-farming region outside Macon. The fire chief was undergoing a gender transition and would continue to run the department as Rachel Mosby.

Rumors started circulating around the fire station in Byron, Georgia, within a year after the medical treatments began. The fire chief’s once-crew cut hair was growing longer, and other physical changes were becoming noticeable. Keeping quiet was no longer an option.

The chief said that once members of the Fire Department were told, word spread “faster than a nuclear explosion” through Byron _ a city of 4,500 in a peach-farming region outside Macon. The fire chief was undergoing a gender transition and would continue to run the department as Rachel Mosby.

“I heard a lot of comments like, `Chief, you don’t have anything to worry about. We’ve got your back,”’ Mosby said.

It didn’t last. As a man, Mosby served as Byron’s fire chief for a decade until the beginning of 2018. Then Mosby started coming to work as a woman, and the city fired her less than 18 months later. Her June 4 termination letter cited “lack of performance.” Mosby insists the only thing that changed was her gender.

“They didn’t want somebody like me in that position,” she said, “or any position with the city.”

It’s not illegal under Georgia state law to fire someone for being gay or transgender. Twenty-eight states have adopted no laws that prohibit workplace discrimination targeting LGBT employees. Only a small percentage of cities and counties offer protection at the local level. So Mosby, like thousands of other LGBTQ Americans, has sought recourse under federal law.

The U.S. Equal Employment Opportunity Commission since 2013 has treated LGBTQ-based job discrimination cases as sex discrimination under Title VII of the Civil Rights Act. But that could soon end, depending on how the U.S. Supreme Court rules in cases it heard Oct. 8 that ask whether the law covers LGBTQ workers.

A ruling that says the federal law doesn’t protect employees targeted because they’re gay or transgender could leave millions vulnerable in more than half of U.S. states, an Associated Press analysis has found.

That patchwork of state and local laws leaves large gaps where LGBT workers have no job protection beyond federal claims under Title VII. About half of the nation’s estimated 8.1 million LGBT employees live in states where job discrimination laws don’t cover them, according to the UCLA School of Law’s Williams Institute.

“If the Supreme Court sides against LGBT employees, it means they have to be really cautious and careful about living their lives openly and proudly,” said Jillian Weiss, a New York attorney who focuses on LGBT discrimination cases.

The AP found that workers are particularly vulnerable in the South. Out of 16 states the Census Bureau defines as the South, only Maryland and Delaware prohibit discrimination against gay and transgender workers. Most Southern states have five or fewer cities or counties that shield private-sector LGBT workers.

The Supreme Court’s upcoming decision, not expected until next year, could make or break Lonnie Billard’s discrimination lawsuit in North Carolina against the Roman Catholic Diocese of Charlotte and an affiliated high school.

Billard’s case illustrates a dilemma that advocates say more gay couples could face if the Supreme Court, which declared same-sex marriage legal in 2015, decides federal law doesn’t protect them from harassment at work for being openly married.

“You get married on Saturday and fired on Monday, and there’s no protection,” said Luke Largess, one of Ballard’s attorneys.

The EEOC reports it received more than 8,600 LGBT based discrimination complaints through September 2018. Critics say the agency overreached by extending federal protections to LGBT workers.

While Title VII prohibits job discrimination based on sex, Congress would need to amend it to include LGBT discrimination, said attorney John Bursch of the Alliance Defending Freedom. He represents a Michigan funeral home that fired a transgender woman whose case the Supreme Court heard last week.

“No matter what you feel about the substantive issue of LGBT employment protections, everyone should be upset that a government agency … could punish someone based on a change in law they could not have anticipated based on its plain text and its interpretation for 50 years,” Bursch said.

In Georgia, Mosby is waiting to hear whether the EEOC will pursue her case against the city of Byron _ and if the Supreme Court’s ruling might upend it.

After making her transition public last year, Mosby said, she fired a reserve firefighter who called her a slur that’s offensive to transgender people. The firefighter appealed and was reinstated by the city. Not long after, the city administrator fired Mosby.

Her June termination letter blamed the chief for a backlog of business licenses awaiting approval, accused her of attending few classes at a recent conference and said she failed to maintain certification as an arson investigator.

“The quick answer on that is no. I think the records reflect that,” Collins said, declining to comment further.

Mosey said being jobless left her in financial straits and the public humiliation of her firing further strained relationships with her family.

“Now I’m living with friends that keep a roof over my head and food in my stomach, so I’m not having to live in my car,” Mosby said. “It’s been utterly devastating.”