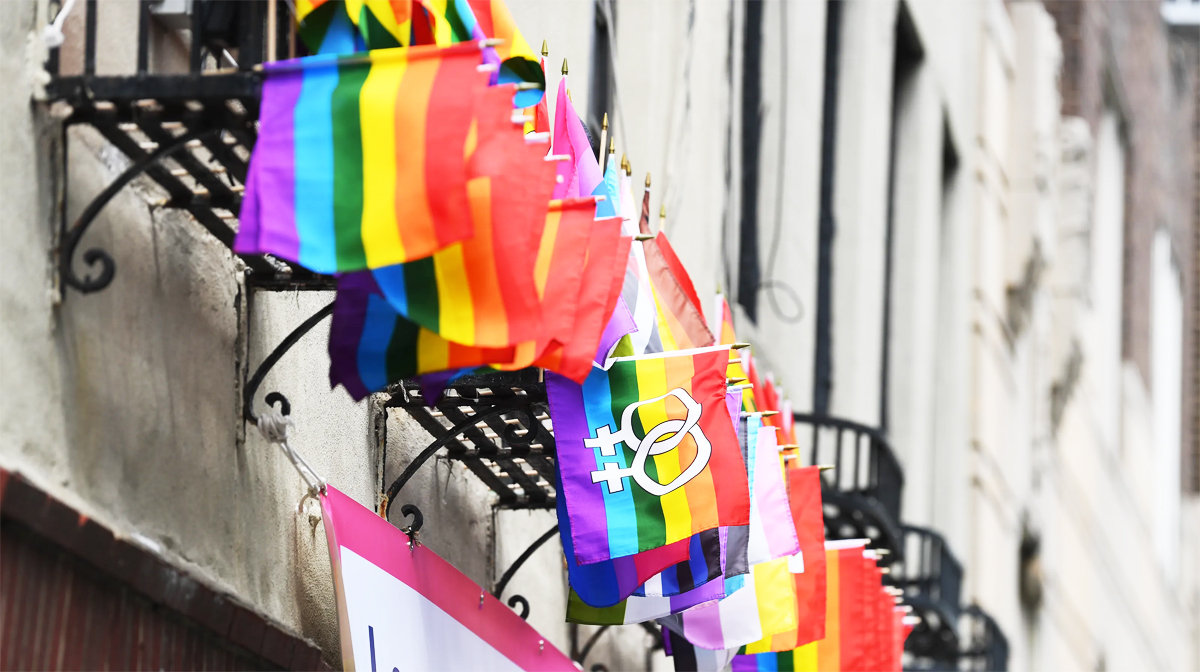 A global divide on admission of LGBTQ communities remains but is narrowing, a new study shows.

THE GLOBAL PUSH FOR GAY RIGHTS around the world has been a long, slow struggle – in some Middle Eastern and African countries, for example, same-sex acts today can bring the death penalty. But public acceptance is increasing, even in culturally conservative countries, according to a global study released on Thursday.

People in the United States, India, South Africa, Japan, South Korea and Mexico have registered the largest gains in public acceptance with gay rights since 2002, according to findings released from the nonpartisan Pew Research Center.

Pew conducted its polling in 34 countries, including the U.S. The study finds public opinion around the world on the acceptance of gay rights is still divided by country, region and economic development, despite substantial change in laws and norms surrounding issues such as same-sex marriage and the rights of LGBTQ communities around the world.

Pew released its survey in June, celebrated as Pride Month in many countries. Pew first began international polling on the acceptance of lgbtq gay rights in 2002, and 2013 is the last year the organization conducted its study. As in 2013, the data released today reflect public acceptance of gay rights is shaped by the country where people live. People in Western Europe and the Americas are generally more accepting than people in Eastern Europe, Russia, Ukraine, the Middle East and sub-Saharan Africa, while people in Asia-Pacific countries are split on the topic.

Those differences are shaped by the economic development of countries, as well as individuals’ age, education levels and religious and political views, says Jacob Poushter, the study’s lead author and Pew’s associate director of global attitudes research.

“Generally, more educated, younger and less religious respondents voiced greater acceptance of homosexuality than those who are less educated, older or more religious,” Poushter said in an email.

Pew’s study found substantial changes in public opinion. In the United States, for example, 72% today say homosexuality should be accepted, a sharp increase from 46% in 1994 and 51% in 2002, Poushter says.

Among other countries showing major increases in public acceptance of homosexuality since 2002:

Pew researchers acknowledge the word “homosexuality” can today be considered archaic but say the word is the most applicable and translatable when asking the question across societies and languages, and has been used in other cross-national research, including the World Values Survey.

Pew’s study also found that people in wealthier and more developed economies are more accepting than countries that are less wealthy and developed. Germany, the Netherlands and Sweden, nations with a per-capita gross domestic product of more than $50,000, registered among the highest levels of acceptance. By comparison, less than 2-in-10 respondents in Nigeria, Kenya and Ukraine have per-capita GDPs of less than $10,000, express acceptance.

“Country wealth, measured by GDP per capital, is a still a driving force for attitudes towards acceptance of homosexuality in society, with people in wealthier countries expressing more acceptance than those in less developed economies,” Poushter said.