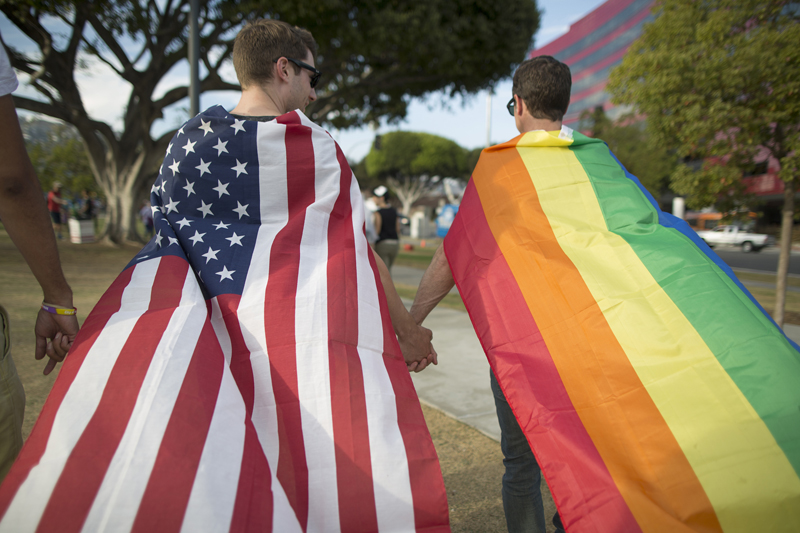 Learn about methods for starting a biological family, according to fertility experts.

IF YOU’RE AN LGBTQ person who wants to have a child by pregnancy, you’re far from alone. However, you may not be aware of the scope of possibilities or where to start when seeking fertility services.

Young LGBTQ people in the U.S. are expressing a growing interest in having a biological family, says Dr. Mark Leondires, medical director and founder of Reproductive Medicine Associates of Connecticut and Gay Parents to Be.

The need for reproduction assistance extends “all across the rainbow,” Leondires says. “It’s everything from freezing sperm and eggs prior to transition for trans women and trans men, to a lesbian couple that wants to have a baby and they need help with insemination. Or it’s a gay couple that needs both an egg donor and a surrogate, and in vitro fertilization.”

Nearly half of LGBTQ millennials (ages 18 to 35) are actively planning to grow their families, according to the LGBTQ Family Building Survey conducted by the Family Equality Council and released in January. The online survey included a nationally representative sample of 500 adults who identify as LGBTQ.

More than 1.6 million LGBTQ millennials are considering biological paths to parenthood including sexual intercourse and assisted reproductive technologies – such as insemination, in vitro fertilization and surrogacy – according to the additional Family Equality figures.

Jullieanne Lee and her wife, Seol Lee, were committed to having a child together. When the Boston couple married in September 2017, they were already making practical choices toward parenthood. “We had saved for our wedding, but we split our budget in half – half on our wedding and half on starting a family,” Jullieanne says.

The couple did their due diligence, researching and mapping out options via pen and paper and the internet, and turning to resources available to LGBTQ couples in the Boston community. They spoke with LGBTQ families who’d had successful fertility treatment. They went through consultations with several fertility clinics and chose Boston IVF to undergo intrauterine insemination.

Although LGBTQ families can pay much more for fertility treatment, the Lees’ treatment was expensive enough to influence their choice of starting with IUI rather than more-costly IVF. For them, the roughly $10,000 they paid out of pocket for treatment rounds, medication and other expenses like travel represented a small fortune. However, they feel that the investment in family was worth it.

“We got lucky,” Jullieanne says. They conceived on the third round of treatment, much sooner than they expected.

“I would encourage people in the LGBTQ community, if they’re having inklings about wanting to start a family, to start the process early, if possible,” says Dr. Nina Resetkova, a reproductive endocrinologist and fertility specialist at Boston IVF. “That will just give them enough time to be armed with information and to really get organized about what their priorities are.”

It’s a good idea to get a jump on seeing a specialist before you’re actually ready to do treatment, Resetkova says. As part of the evaluation, she explains, the specialist will go through a medical history which may reveal indications that whichever partner is interested in seeking treatment could have a hard time becoming pregnant, such as a history of menstrual irregularities or uterine fibroids. Other complications could exist or arise that need to be addressed.

Your initial visit with a fertility specialist is the time to bring up any questions or apprehension you might have. For would-be LGBTQ parents, Leondires says, “Their concerns are: Can this actually work? And when their child is born, are they going to be truly the parents, because they’re going to use donor eggs or donor sperm, and how is that assessed?”

The early visit is also a chance to learn about the center’s approach. “Every LGBTQ family that’s built requires a team,” Leondires says. “You need a fertility clinic and a reproductive endocrinologist. You need a mental health professional, just to screen the donor for their mental health and their willingness to do this, and to educate the parents in understanding how their family is built out of love and intention.”

Counseling and education benefits single patients, Resetkova says, by giving them a sense of what single parenthood entails. “They may want to have a support person on the journey of fertility treatment, because some of the process requires that they have someone by their side to help.” Oftentimes, she says, friends and family members can be pivotal in that role.

A legal specialist is another key team member. “You need a reproductive attorney to make sure the right documents are present at the time of birth, so the intended parents, who worked hard to have this child, have full legal rights, even the one who’s not genetically related to the child,” Leondires says.

With a gay male, the first question is whether he has a normal sperm count, Leondires says. Next comes education for both partners on the phases of treatment: