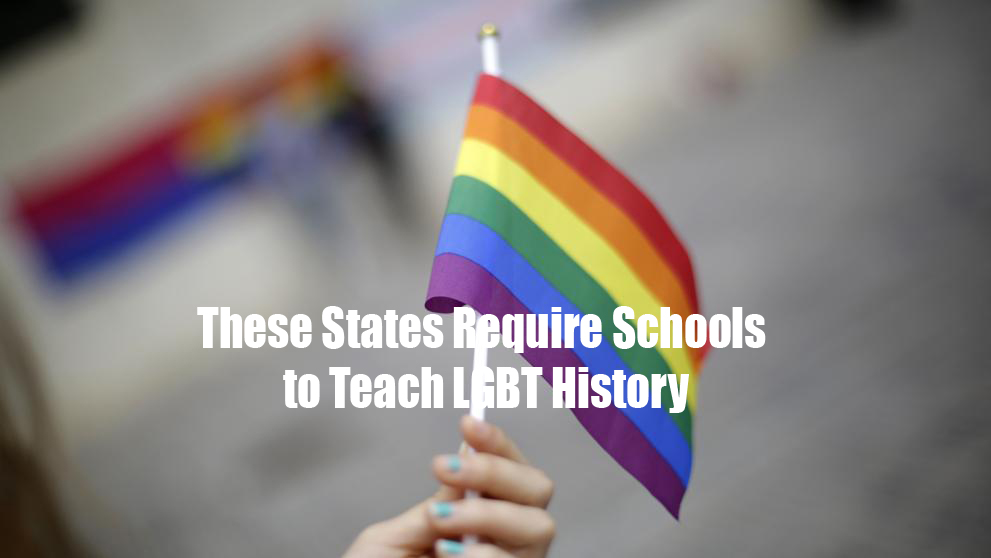 Illinois is the latest state to expand its definition of American history.

“One of the best ways to overcome intolerance is through education and exposure to different people and viewpoints,” said bill sponsor state Sen. Heather Steans (D-Chicago), according to the Washington Examiner.

The law, which goes into effect in July 2020, requires textbooks purchased with state grant funds to “include the roles and contributions of all people protected under the Illinois Human Rights Act.”

It states that “the teaching of history in the United States shall include a study of the roles and contributions of lesbian, gay, bisexual, and transgender people in the history of this country.”

California became the first state to pass a law requiring schools to teach LGBT history in 2011, followed by Colorado and New Jersey in 2019.

Civil rights and advocacy groups have praised these states for expanding their definitions of American history in the classroom.

But the laws also have their fair share of critics, including Barnegat, New Jersey, Mayor Alfonso Cirulli, also a former assistant principal, who said “the government has no right to teach our kids morality,” according to the Asbury Park Press.

Pushback from state officials, conservative groups and parents is one of the reasons why the law’s implementation has been so slow in California, which didn’t approve its first LGBT-inclusive textbooks for K-8 classrooms until 2017.

“We haven’t seen these schools get on board with these new textbooks yet,” Dominic Le Fort, executive director of the California-based nonprofit group Queer Education that works with schools on how to teach LGBT topics, told The Bay Area Reporter. “We have seen a lot of schools dragging their feet.”

Implementation in New Jersey and Illinois could also be slow since individual schools and districts will implement the laws locally, meaning that they can choose their own standards regarding the integration of LGBTQ history into their curriculum.

Despite this new wave of efforts to integrate LGBT content into the classroom, six states – Alabama, Louisiana, Mississippi, Oklahoma, South Carolina and Texas – still have laws prohibiting the “promotion of homosexuality.” These laws, also known as “no pro homo” laws, prohibit schools from teaching lesbian, gay or bisexual people or topics in a positive light in health or sexual education classes.

Some states even require teachers to speak about LGBT people in a negative light, according to GLSEN, an education organization fighting for LGBT cultural inclusion and awareness in K-12 schools.

Alabama law, for example, states that when discussing sexual health education, “classes must emphasize, in a factual manner and from a health perspective, that homosexuality is not a lifestyle acceptable to the general public and that homosexual conduct is a criminal offense under the laws of the state.”

GLSEN called said these laws “foster an unsafe and unwelcoming school atmosphere,” and cited its study showing that LGBTQ students in these states are likely to have less support in school from teachers and students.