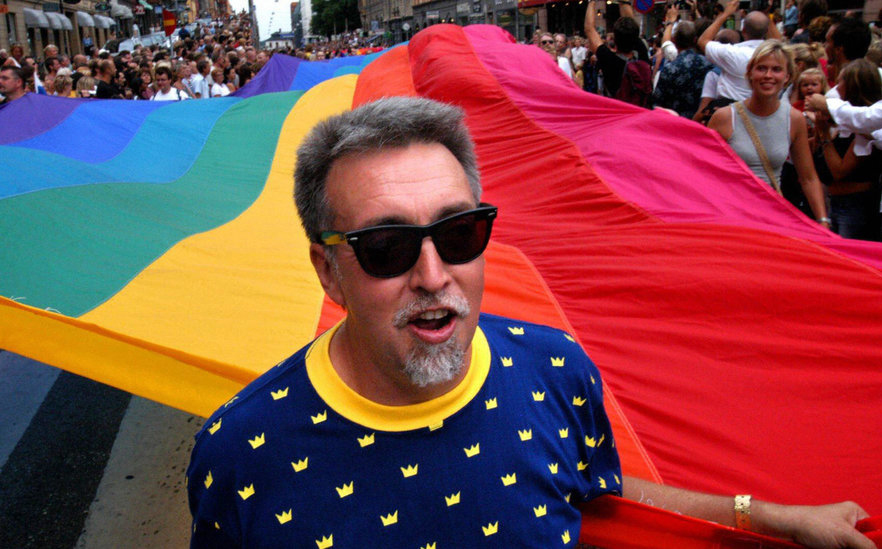 
Gay activist Gilbert Baker from Kansas, who was born in 1951, was the person who created the iconic flag.

He taught himself to sew after getting an honourable discharge from the army in 1970.

He met influential gay leader Harvey Milk in 1974, who challenged him to come up with a symbol for the gay community three years into their friendship.

Rumour has it that Gilbert got his inspiration for the flag from the famous Judy Garland song Over the Rainbow.

Judy was of course a popular gay icon, and some say Gilbert was inspired after the Stonewall riots that occurred days after her death.

The riots, which saw members of the gay community stand against a police raid in Manhattan, are considered to be the most important event in the modern fight for LGBTQ rights in the US.

Another suggestion for the origin of the flag is college campuses demonstrating for world peace in the 1960s by carrying a Flag of the Races.