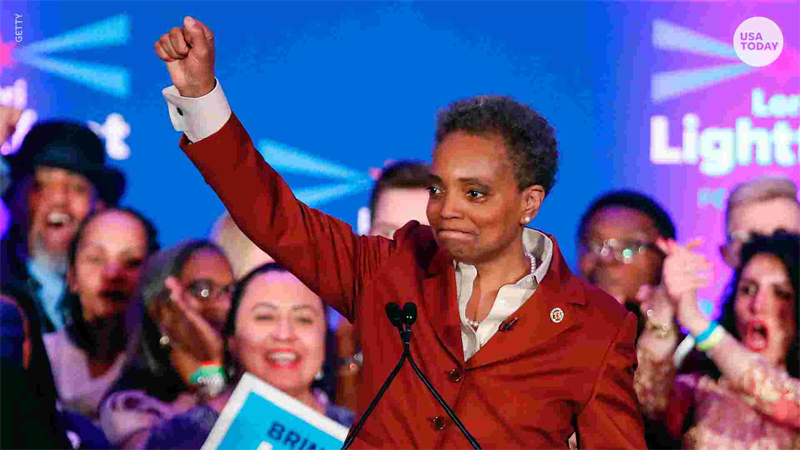 Lori Elaine Lightfoot, a 56 year old American politician made history on April 2 when she became the first openly gay black woman to be elected as Mayor of Chicago. She has worked in private legal practice as a partner at Mayer Brown and held various government positions in the City of Chicago, as a former President of the Chicago Police Board and the chair of the Chicago Police Accountability Task Force.

Lightfoot will take over the city on May 20, 2019. She will take over a city that faces massive financial problems. The city has a loan of 7000crore. She will be preparing a new budget of 2020 which is expected to have a roughly $250 million deficit. Violence and policing is also an issue and it has proven to be politically difficult.

In her victory speech, Lightfoot said she was committed to ending the broken political culture of Chicago. “We can and we will break this city’s endless cycle of corruption,” she also said raising her fist in the air. “And never again, never ever, allow politicians to profit from elected positions.”

The website Lightfootforchicago says “ In order for Chicago to remain a world-class city, we need to create a new path. A path which fairness and inclusion are our guiding principles. As our mayor, I will respect the experiences of all Chicagoans and ensure our city government works to uplift the quality of life for everyone. We can and we must do better. We must do better to address the taxes and fees that burden middle and low income families.  We must do better to halt the declining conditions of our neighborhood schools. This is my commitment and my promise to you. Please join me.”