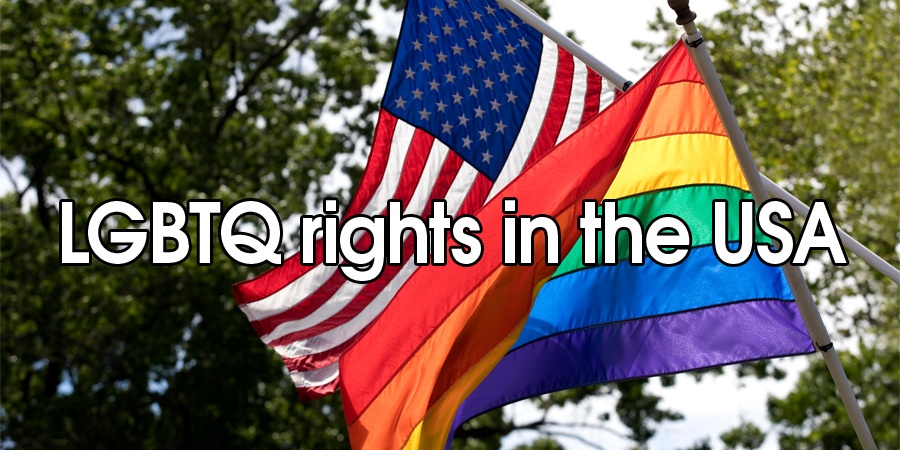 
LGBTQ 🌈 rights in the United States of America

The 🌈 LGBT community in the USA has seen many ups and downs over the years. It’s not exactly been a smooth journey to get equal rights that many think should be fairly accorded.

The Society for Human Rights founded by Henry Gerber in Chicago in 1924, is the first documented gay rights organization of the USA. The LGBT US movement suffered a setback in 1952 with The American Psychiatric Association (APA) listing Homosexuality as a Sociopathic Personality Disturbance. 1955 saw the emergence, in San Francisco, of the first known lesbian rights organization in USA – Daughters of Bilitis (DOB).

The next few years witnessed landmarks in the 🌈 LGBT US movement. In 1961,  Illinois became the first state to decriminalize homosexuality repealing their sodomy laws, and the first US televised documentary on homosexuality was aired on a California local station.

1969 witnessed widespread protests and demonstrations for LGBT rights after the police raided the Stonewall Inn in New York. The Gay Pride Parade in June is in memory of the incident. The LGBT movement US got a push.

1973 witnessed a statutory ban on same-sex marriages in Maryland, the first state to do so. The APA removing Homosexuality from its list of mental disorders was a victory for the 🌈 LGBT communities. Wisconsin was the first state to outlaw discrimination based on sexual orientation in 1982. The LGBT US movement received an impetus in 1988 with the National Coming Out Day being founded.

The first legal same-sex marriage in US was solemnized in 2004 in Massachusetts. The New Jersey Supreme Court, in 2006, ruled that the state must provide the rights of marriage to same-sex couples.

Barack Obama in an interview, supported freedom for LGBT 🌈 couples to marry, the first sitting US President to do so. The Democratic Party, in 2012, was the first US party to publicly support same-sex marriages. Over the next few years many states allowed same-sex marriages, opening the doors in others. The US Supreme Court ruled that states cannot ban same-sex marriages.

In 2016, President Obama announced the designation of the National Monument to 🌈 LGBT rights. Secretary of Defense announced lifting of the ban on transgender people serving in the US Military, by the Pentagon.

While in February 2018 the first Transgender person signed a contract to join the US  Military, the Trump administration, in March 2018, announced a new policy banning most transgender people from serving. Many upheavals later, the Supreme Court allowed the ban in January 2019.

Many more openly gay people are being elected to office, are participating as artists and athletes. The eventful journey of the LGBT rights movement in the US still goes on.