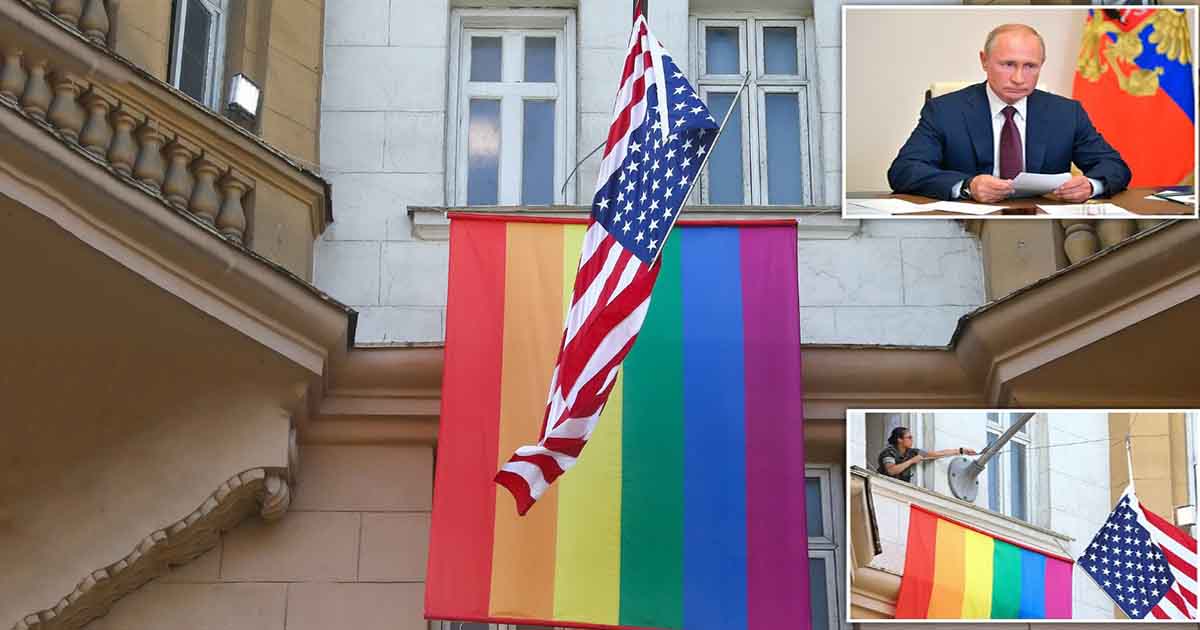 Putin said the U.S. embassy’s move to raise the LGBTQ Community pride flag “revealed something about the people that work there”.

Russian President Vladimir Putin on Friday mocked the U.S. embassy in Moscow for flying a rainbow flag to celebrate LGBTQ Communities rights, suggesting it reflected the sexual orientation of its staff.

His comments followed a nationwide vote on constitutional reforms that included an amendment enshrining the definition of marriage specifically as a union between a man and a woman.

Putin said the U.S. embassy’s move to raise the LGBTQ pride flag “revealed something about the people that work there”.

“It’s no big deal though. We have spoken about this many times, and our position is clear,” said Putin, who has sought to distance Russia from liberal Western values and aligned himself with the Russian Orthodox Church.

“Yes, we passed a law banning the propaganda of homosexuality among minors. So what? Let people grow up, become adults and then decide their own destinies.”

The legislation has been used to stop gay pride marches and detain gay rights activists.

Putin said during the campaign to change the constitution that he would not let the traditional notion of a mother and father be subverted by what he called “parent number 1” and “parent number 2”.

On Friday, the head of the Women’s Union of Russia, Ekaterina Lakhova, told Putin that she feared an ice cream with the brand name ‘Rainbow‘, as well as other multi-coloured advertising, could constitute propaganda for non-traditional values and have a harmful effect on children, the RIA news agency reported.

“Even indirectly, such things make our children accustomed to that … flag, the one that was hung up by the embassy,” Lakhova was cited as saying.

“It would be very good to have a commission to make sure that those values that we enshrined in our constitution are upheld,” she said.

Other countries have also flown rainbow flags outside their embassies in Moscow, including Britain.