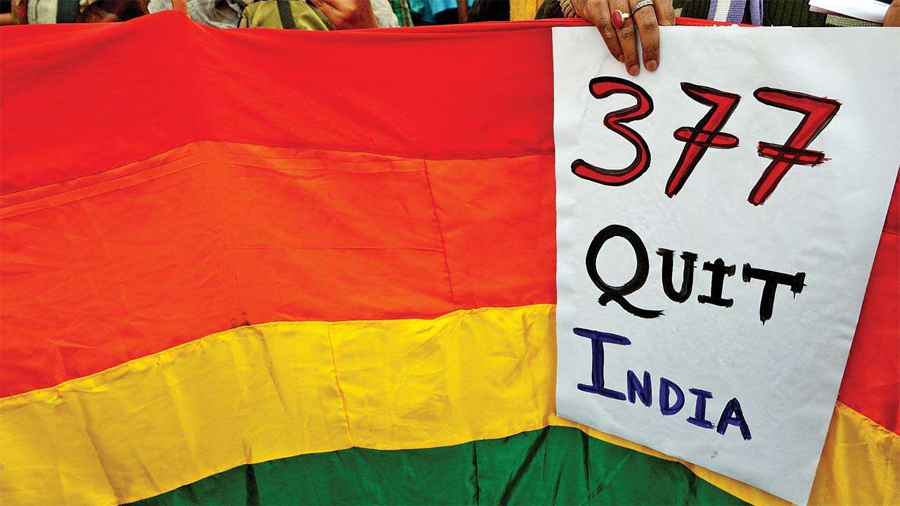 The 10th annual Mumbai queer pride march, based on the theme of ‘377 Quit India’, on Saturday drew not just members of the local LGBTQ (lesbian, gay, bisexual, transgender, queer) community, but also people from outside the country and a significant number of heterosexual people.

We have seen an increase in awareness about the problems faced by the LGBTQ communities over the years. Of the 16,000 + people who attended the march; there was a significant number of heterosexuals.

Based on the theme of ‘377 Quit India’, the queer pride parade opposing section 377 coincided with the 75th year of the Quit India movement.

Petitioners have sought that consensual sexual intercourse between adults be excluded from the section. The parade this year coincided with the 75th year of the Quit India movement, which was also held. The communities has opposed to the fact that the “regressive” law is in place even after 70 years of independence.

“The law does not permit same-sex marriage. We have high hopes that the Supreme Court will rule in our favour. At next year’s march, we could be celebrating our freedom,” said Ritesh Aher, a member of a queer dancing group.

It is for the first time that I am seeing this march and I was not aware that it is for queer pride. However, I believe that their problems need to be highlighted because everyone has a right to lead the lifestyle they choose.