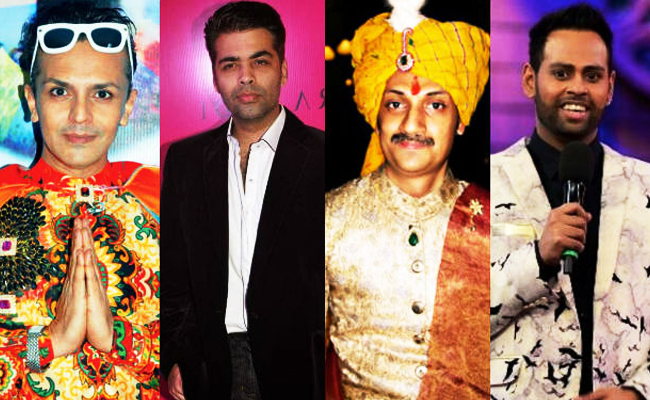 In India it has never been easy for a person belonging to the LGBTQ community. Big stars in India’s celebrity world will take time for them to come out. Still a handful has already been celebrating the court ruling on social media. Here’s a list of India’s top LGBT Celebrities.

Karan Johar Director and producer has been the most rumored gay men in the country. He has never officially come out as gay. He wrote “Everybody knows what my sexual orientation is”. “I don’t need to scream it out. If I need to spell it out, I won’t only because I live in a country where I could possibly be jailed for saying this. Which is why I Karan Johar will not say the three words that possibly everybody knows about me.”

A transgender rights activist, Bharatanatyam dancer and Hindi film actress recognizes herself as a part of the Hijra Community.  She has been starred in many television shows, including Bigg Boss.

VJ Andy everybody’s favourite who was into limelight in “Bigg Boss” and “Dare to Date”.  He remains tongue tied about his sexual status.  VJ Andy says “Who you sleep with doesn’t define you”

Sushant  Divgikar well known as Mr. Gay World India,2014 and Bigg Boss Contestant. He is now national; director of an organisation. Sushant Divgikar appreciated the court by tweeting “Thanks to the Honourable Supreme Court! I’m so so happy and proud! All these years of fighting for our rights to equal citizens!”  He also said in an interview “I feel like a lot of other people can come out of the closet and celebrate”.

Mink Brar backtracked from her statement of being a lesbian and said she was neither a homosexual nor a bisexual.

Sonal  Giani, the co founder of  Umang and Yaariyan . She is also known for representing Indian LGBTQ Community around the world. Her documentary “Connected Hum Tum” is all based upon the struggles as a bisexual woman in India.