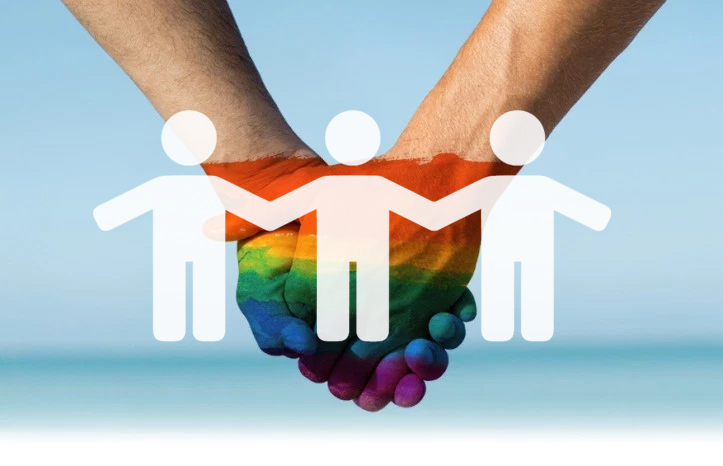 
On 6th September 2018, India made a historic judgement by striking down the section 377, which criminalized homosexuality. But still there are myths and misconceptions that still prevail, hatred and resentment are yet to disappear and most importantly, a generic sense of LGBT community being a taboo is still relevant to an uncomfortable extent.

A lot of activity goes on in the LGBTQ space that can get LGBTQ community closer and involved in. We are listing down the LGBTQ groups and NGO’s in India.

Nazariya is a queer feminist resource group in Delhi. They on work on the issues and concerns of Lesbian Bisexual Woman and trans people who are assigned female at birth. Nazariya organizes film screening, book launches, workshops and talks where one can discuss issues relating to gender and sexuality.

Naz Foundation is a Delhi based NGO, which was established in 1994. Back then their objectives was serving various groups and communities and help the society fight issues related to HIV AIDS.  Later their objective shifted to strike down the criminalization of homosexuality. They were the front runners in the fight against IPC Section 377.

It is a non government Indian organization in the state of Maharashtra. It was found in 1992 by homosexuals living with HIV AIDS. Udaan Trust focuses on the issues related to sexual health within the homosexuals and trans communities.

Ashok Row Kavi, founder of nonprofit organisation in 1994, in Mumbai. They provide security, counseling, medical care and mental support to the LGBT community. They also help reduce violence and discrimination against LGBT community to a great extent. Humsafar is the convener member of INFOSEM (Integrated Network for Sexual Minorities)

Sangama is a Bangalore based foundation which was founded by Manohar Elavarthi in 1999 as a centre that provided advocacy to sexual minorities and research materials to scholars of LGBT issues. They also concentrate on the rights of sexual minorities and fight against sexual harassment and HIV discrimination.